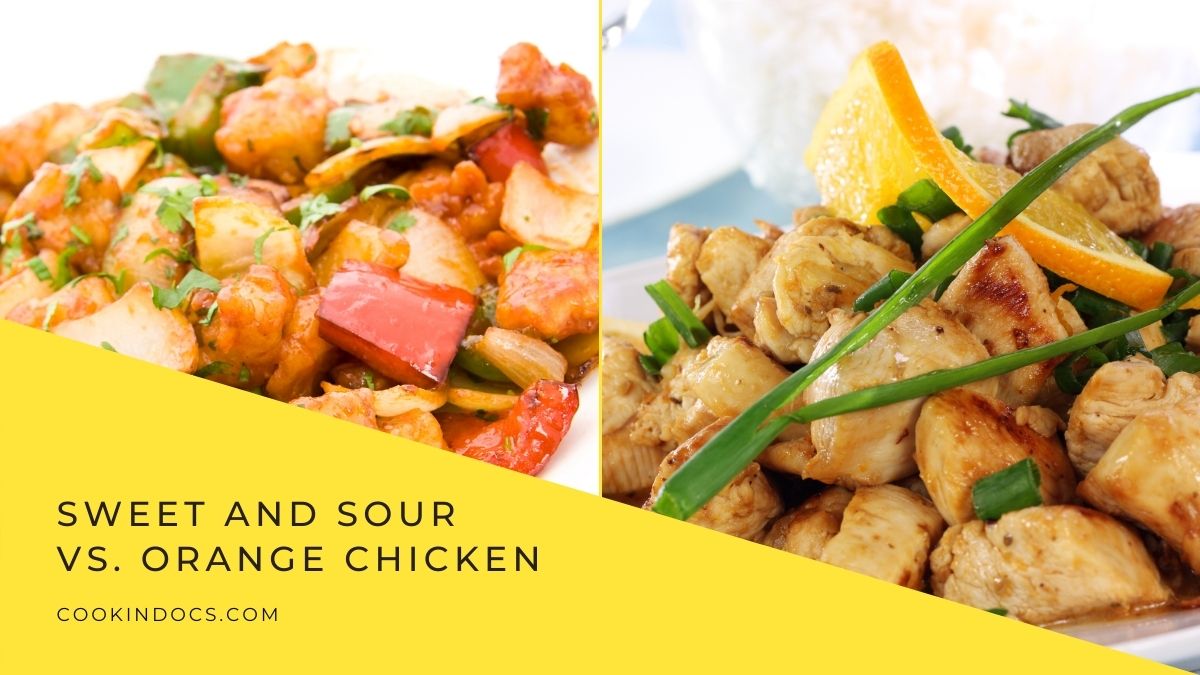 If you are craving some Chinese takeout, sweet and sour chicken and orange chicken are two of the top choices.

However, you might wonder if one tastes different from the other or not and which dish will best suit your taste buds.

Don’t worry, in this article, we will enlighten you with useful information about these two Chinese chicken dishes and place them side by side so that you can easily compare and choose your favorite one.

What is sweet and sour chicken? 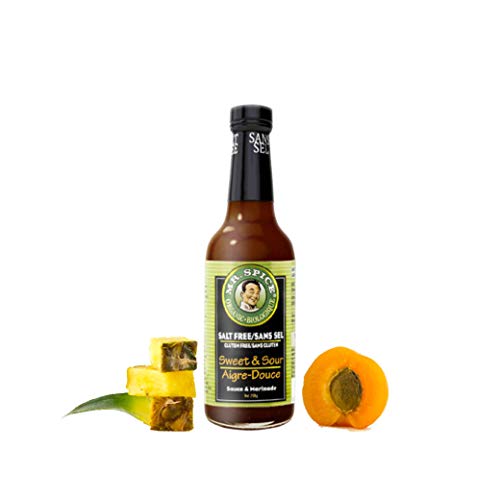 Sweet and sour chicken is a Chinese dish that was created centuries ago.

Today, it has been one of the staples in American-Chinese cuisine after the Chinese immigrants brought the dish from China to the United States in the early 20th century.

Sweet and sour chicken is made of chicken chunks that are battered (optional) and deep-fried until crispy and brown, then tossed in a sweet and sour sauce for a few minutes before serving.

The sweet and sour sauce recipe may vary depending on the cook and the cuisine, but it needs to make sure to have a balanced taste from sweet and sour agents like tomato ketchup, sugar, lemon juice, soy sauce, or apple cider vinegar, with some salt and garlic to taste.

The recipe can also contain pineapple chunks, bell peppers, or onions to enhance the flavor, add texture, and make it look more vibrant.

Sweet and sour chicken can be served as a takeout dish to eat alone with a pair of chopsticks or a wooden stick.

It also works great as the main course to enjoy with steamed rice and vegetable or soup to complete a hearty meal.

What is orange chicken? 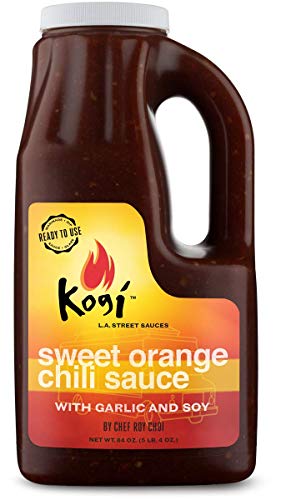 Orange chicken is a Chinese dish that is also popular in American Chinese and other overseas Chinese cuisines. It is typically sweet and tangy, with crispy breading on the outside.

The skin and bones are removed and the meat is cut into bite-sized pieces before cooking.

This dish can be served as takeout in any Chinese restaurant or made at home to enjoy with steamed white rice and vegetables on the side.

What are the differences between orange chicken vs sweet and sour chicken?

Sweet and sour chicken and orange chicken are relatively similar. The only difference is some ingredients to make the sauce in each recipe.

The comparison table below will point out the differences between these two chicken dishes:

What are the similarities between orange chicken vs sweet and sour chicken?

Despite the slight differences between sweet and sour chicken and orange chicken that are mentioned in the previous section, these two dishes are similar in many ways:

1.     Orange chicken and sweet and sour chicken have the same origin from Chinese cuisine and are popular in America too

Orange chicken and sweet and sour chicken are two staples in Chinese cuisine.

They have been around for centuries in this Asian cuisine, and are now also very popular in other overseas Chinese cuisines, especially American Chinese culture.

2.     Orange chicken and sweet and sour chicken are made the same way

Another similarity between these two dishes is how they are made.

Both recipes call for skinless boneless chicken chunks that are dipped in seasoned batter, deep-fried until crispy and golden on the outside, and tossed in a special sauce for a few minutes to let all the flavors penetrate into the meat before serving.

3.     The two dishes have a balanced taste that is served the same way

The ingredients to make the sweet and sour sauce and orange sauce are quite similar.

They both result in a balanced taste with a note of sweet and sour flavors.

Orange chicken and sweet and sour chicken are ideal to enjoy with steamed white rice, which is another staple in Chinese or Asian cuisine.

We hope that this article has helped provide the information needed for an informed decision between orange chicken and sweet and sour chicken.

We encourage our readers to try both dishes because there are only some slight differences between them that need your taste buds to figure out.

After that, don’t forget to come back to us and let us know which Chinese delicacy: orange chicken or sweet and sour chicken is your favorite.