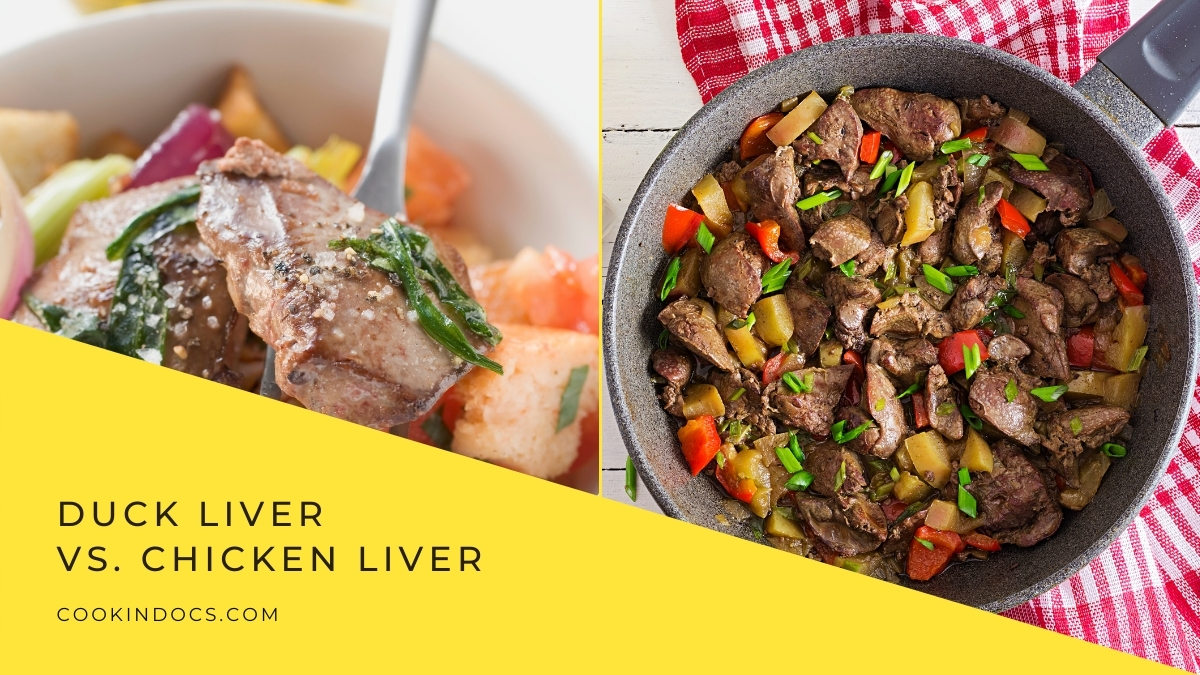 If you are looking for a new way to add flavor and nutrients to your dish, then try organ meat, specifically livers.

Beef livers or pork livers might be too large for the first try, therefore, duck livers and chicken livers will be your top choice.

In this article, let’s see how these poultry livers differ from each other and which one will taste better.

What are duck livers? 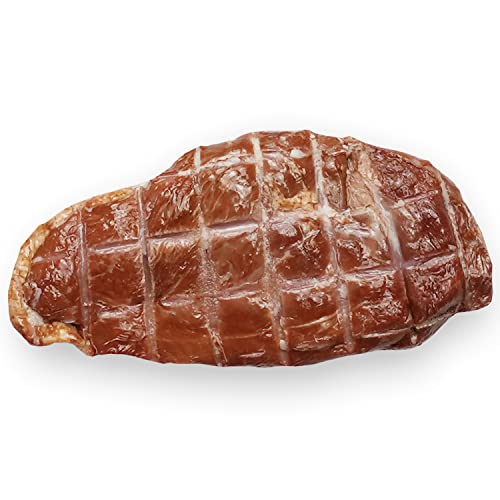 Duck livers are simply the liver from the duck.

They are often used in cooking to provide a rich and hearty flavor.

Duck livers can be roasted, sauteed with an onion to make a delicious appetizer.

Liver meat from ducks will contain higher levels of vitamin A and vitamin D, along with omega-3 fatty acids which are great for your skin health, copper, and iron for your red blood cells.

One of the most popular and fancy dishes that feature duck livers is Foie Gras, a French delicacy.

Foie Gras means “fatty liver” in English, and is known as a luxury food that is served in high-quality restaurants.

Duck livers can be used to make duck liver pate, which is a delicious spread to enjoy with some toast in the morning for a quick and nutritious breakfast.

What are chicken livers? 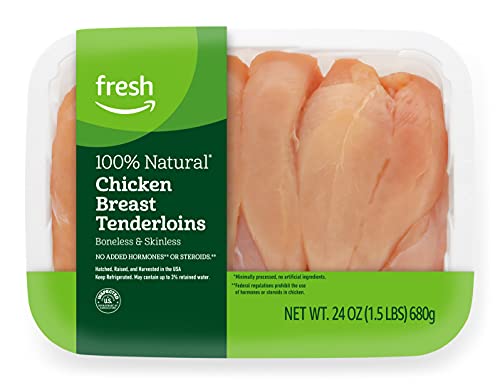 Chicken livers refer to the offal meat from the liver of a chicken.

Despite its small size, the liver is actually the largest internal organ in the chicken.

The liver performs many functions, including filtering blood and producing bile for the digestion of fats, proteins, and carbohydrates.

The liver also produces a variety of chemicals that protect it from damage by toxins from our food, drug, and alcohol drink intakes.

Chicken livers are usually dark red on the outside with a purplish core.

They can be cooked whole, sliced, or processed into pate or mousse.

Chicken livers are very affordable yet delicious and packed with many health benefits.

It’s so nutritious that you’ll get an excess of vitamin A (called hypervitaminosis A) if you eat too much.

Therefore, one serving of chicken livers per week will be the best choice.

What are the differences between duck livers vs chicken livers?

Duck livers and chicken livers may sound and look the same, especially for those who have never tried organ meat.

In fact, they differ in numerous ways, and the comparison table below will interpret:

What are the similarities between duck livers vs chicken livers?

Besides the key differences between duck livers and chicken livers, they also share some similarities indeed.

Here are what duck livers and chicken livers have in common:

1. Duck livers and chicken livers have the same texture and color

So you will find duck livers and chicken livers reddish when raw and brown when cooked.

They are soft in texture but solid enough with sharply defined edges.

With this texture, it is easy to handle these livers, such as cooking the whole, slicing into pieces, or blending to make pate.

2. Duck livers and chicken livers are both very nutritious

Another thing in common between duck livers and chicken livers is that they are both rich sources of many essential vitamins and minerals.

You will get different kinds of vitamins, such as vitamin A, vitamin B12, vitamin D, vitamin E, and minerals like iron, copper, folate, zinc, and phosphorus by consuming duck livers or chicken livers.

It is better to have a proper diet when eating this type of organ meat, like once per week, otherwise, you might get excess nutrients and turn out to be harmful to your body.

3. Duck livers and chicken livers can be cooked interchangeably using many methods

The last similarity between the two types of poultry liver is how they can be cooked.

There are numerous ways when it comes to processing duck livers and chicken livers.

They can be stir-fried, grilled, baked, or blended to make pate.

Moreover, duck livers and chicken livers can be used interchangeably in almost all recipes because of a similar taste and texture.

To be honest, it depends on your taste to choose between duck livers or chicken livers.

However, what you can do to make the decision easier and less time-consuming for yourself is to try them both at least once.

That way you’ll know better which liver will fit best with your dish or meal.

After that, we are happy to hear from you to know if you prefer duck livers or chicken livers.