Beef stew is a delicious dish that can be made with a variety of ingredients.

The recipe varies depending on where you’re from and what your family’s traditions are.

One thing that all stews have in common though is their need for an accompanying loaf of bread to help soak up the delicious gravy!

We’ve put together this guide so that you’ll never again wonder what kind of yummy morsel of bread goes best next to beefy comfort food goodness!

What is a beef stew? 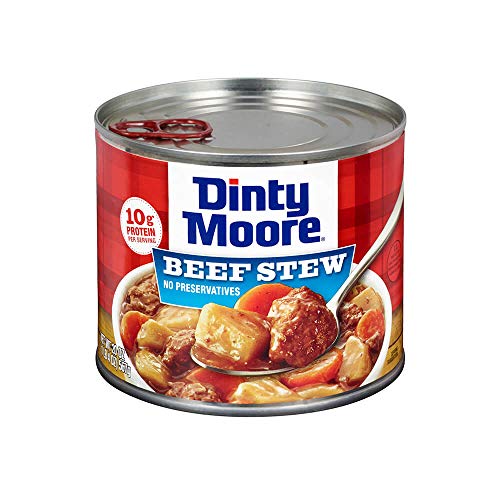 Beef stew is a dish that has several origins.

It was believed to originate in the UK, where it was made with beef, potatoes, and carrots.

The recipe was brought to America by British settlers and has become an American favorite.

Meanwhile, a stew is also a staple in France, where cooks traditionally make it out of leftover beef bones and meat.

It’s easy to make at home, but you can also buy it ready-made in cans or jars.

Beef stews were traditionally made on the stovetop in large pots or casserole dishes.

Modern-day beef stews are often prepared in slow cookers or ovens to save time.

Today, beef stew can be made with any kind of meat or even without meat at all!

Vegetables like carrots, potatoes, celery, and onions are usually added to the broth along with other ingredients such as mushrooms and garlic.

Beef stew is a hearty meal that can be served with a variety of side dishes, depending on your personal preferences and what you have in your pantry.

The best part about beef stew is that it’s easy to make and even easier to clean up afterward!

It’s an excellent choice if you’re looking for something simple yet filling that has enough flavor to stand alone without any additional spices or seasonings added into the mix.

What to consider when choosing bread to serve with a beef stew?

When choosing bread to serve with a beef stew, there are many factors to consider.

The most important thing is that it complements the dish.

To choose the right bread to serve with your stew, you’ll want to consider the flavor and texture of both.

A good choice should be able to hold its shape without crumbling over time.

For example, a baguette will hold up better than a soft roll or an herb loaf.

Some people like to dip their bread in gravy when serving beef stew—it’s a great way to add extra flavor to each bite!

But if you’re serving up some thick, rich gravy on top of your stew, then steer clear from choosing anything too dense like rye or pumpernickel; these types of bread are too hearty for such an indulgent dish.

Instead, opt for something airier like whole wheat or white sourdough (but don’t forget about those herbs!).

Now, let’s figure out the best bread recipes that you will love to serve with your next pot of beef stew: 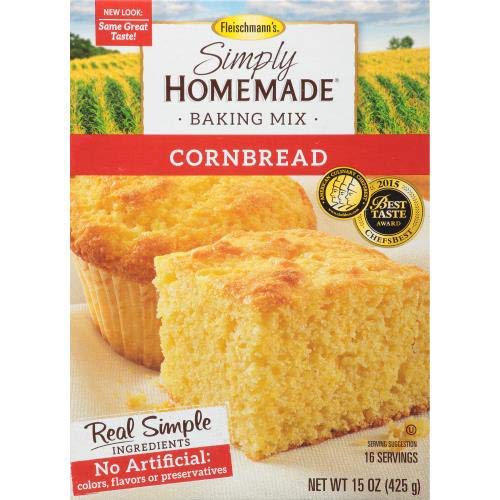 The best bread to serve with beef stew is cornbread.

It’s easy to make and doesn’t require any fancy ingredients or equipment.

As well as being tasty, cornbread has many nutritional benefits as well.

The natural sweetness of the cornmeal makes this bread low in sugar which makes it good for people who want to keep their blood sugar levels down or who are diabetic.

It also contains iron which helps your body produce red blood cells so your body will be able to transport oxygen around more effectively.

The high fibre content of this bread helps relieve constipation because fibre acts like a sponge in your digestive tract by absorbing water and retaining it in the colon so that waste matter passes through more easily.

It will work with all different kinds of stews and add just enough sweetness to make sure that everyone at your table is happy. 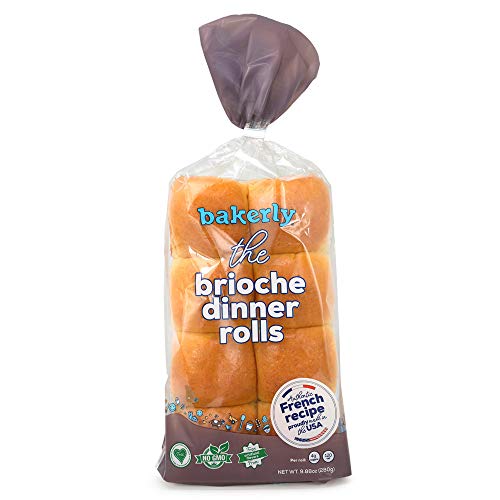 When it comes to serving bread with beef stew, you should opt for dinner rolls.

These soft, fluffy, and airy bread are best served warm with butter or jam.

Dinner rolls can also be eaten as part of a meal by themselves or alongside other foods like soup or salad.

Dinner rolls are typically small in size and round in shape but there are many varieties available including ones that are shaped like buns and even cut into squares! 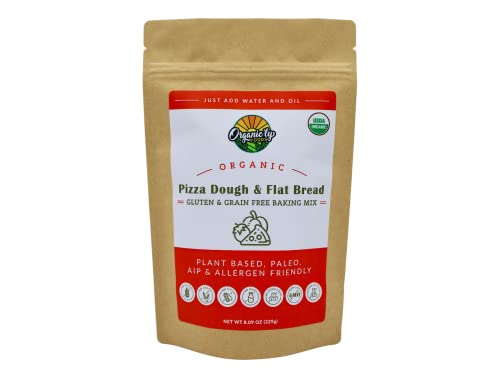 Focaccia is flat Italian bread with a thick, chewy crust.

It’s often served with olive oil and salt and makes for an excellent dipping accompaniment to beef stew.

The focaccia is also good when you need a warm, doughy mouthful that will soak up some of the delicious liquid from your bowl of stew.

The chewy texture of the bread goes well with the hearty stew because it can absorb more moisture than other foods like crackers or pasta.

When you take a bite of focaccia along with some meaty vegetables and gravy, it becomes a substitute for chewing on actual meat while still giving you the satisfying feeling of gnawing on something substantial. 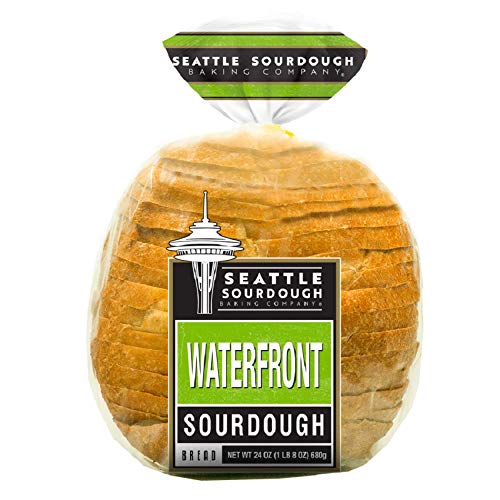 Sourdough bread can be made from a variety of grains, including wheat and rye.

However, it’s not the type of sourdough you’re thinking of!

The traditional way to make sourdough involves mixing flour with water and letting it sit for a few days before using it to start another batch.

Much like baking soda or vinegar (or any other liquid), these starters have different levels of acidity; most recipes call for an acidic environment of around 4%, but some are even more acidic than this.

This helps keep bacteria out while still allowing yeast activity within the starter itself—a win-win situation if ever there was one!

However, you choose to make your own starter: just remember that you need something alive at its core before adding flour or water into anything else.

A baguette is a long loaf of bread made from flour, water, yeast, and salt.

It is a classic and staple kind of bread in French cuisine.

Baguettes are great for serving with hearty soups because they have a crunchy crust and firm texture that contrasts nicely with thick stew or stew-like gravies.

The crust can also be torn off into chunks and dipped into the liquid—a fun way to eat your bread!

Baguettes are also perfect for serving with beef stews because they pair well with red meat and will hold up against all the juices in your bowl of soup or stew.

They’re versatile enough that you can serve them alongside any meal with any dish. 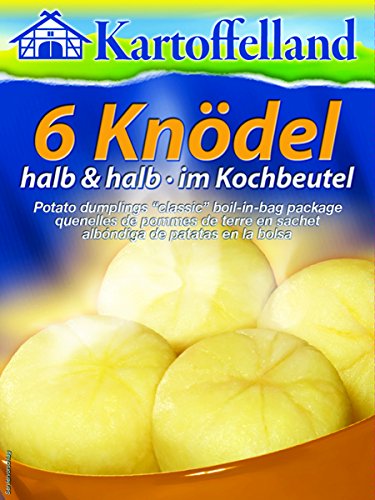 Dumplings are a type of bread that’s usually served with stews because both are staples in Chinese cuisine.

Dumplings can be boiled or steamed in broth, or even fried.

You can opt for dumplings with or without the fillings.

They’re perfect for serving alongside any type of meat dish, which makes them a great option for families who like to have a variety of options when they eat together. 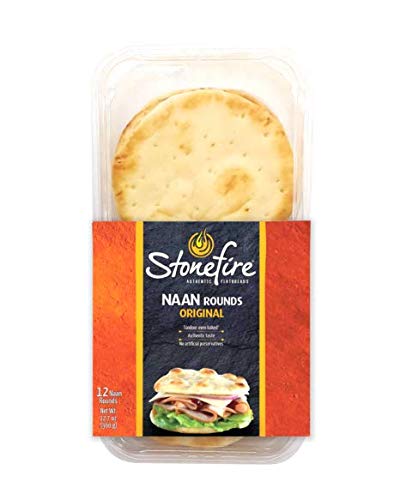 Naan bread is a type of flatbread that’s traditionally made in the tandoor oven.

Tandoor ovens are used to cook naan, which is traditionally made with white flour.

It can also be made with whole wheat flour or a combination of flour.

The yeast-leavened dough is kneaded and allowed to rise before being shaped into rounds and baked on an open flame.

Naan is served alongside curries such as chicken curry and beef stew, but it’s also great for dipping into soups or stews like matzo ball soup or minestrone soup.

This versatile bread can be eaten on its own as well; try serving it at your next dinner party alongside hummus and pita chips!

Hopefully, this article gave some insight into what type of bread should go with beef stew!

Our suggestions come from different cuisines in the world, so you will surely wow many guests with these national specialties.