For anyone who is interested in a more compassionate lifestyle, going vegan is a perfect choice.

Vegan chicken is one of the most popular meat-free ingredients sold on the market, and if you are wondering where to buy this imitation meat product, this article is for you.

Now, let’s learn more about vegan meat before determining which places in American offer this kind of meat.

What is vegan chicken? 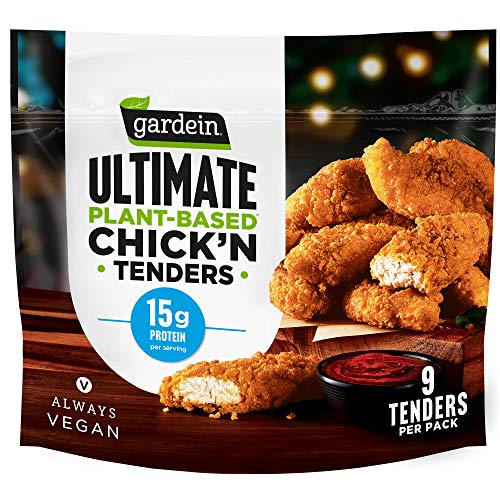 Normally, the mixture of vegan chicken consists of pea protein, soy protein, flour, oil, and seasonings such as garlic, onion, and other spices to add flavor.

Vegan chicken is considered an awesome alternative for real chicken, no matter if you are a vegetarian or not.

The reason is vegan chicken is healthier because it is lower in fat and cholesterol, moreover, you can get rid of conventionally raised chicken that might receive a lot of hormones and antibiotics.

Plant-based chicken can be used in many ways, just like what you do with real chicken.

For example, you can bake it to make an entree, stir-fry, and shred to make the sandwich filling, barbecued, grilled, or any way you want.

Vegan chicken is also easier to cook because you don’t need to prepare the cut like cleaning, marinating, or cooking for a long time.

How many calories are in vegan chicken?

Reading here, many people might think that vegan chicken is out of protein or calories.

The protein in meatless chicken is mainly from soy and peas, therefore, eating vegan chicken can still fill you up and provide enough energy for a day.

The calories of vegan chicken also vary depending on what type of dish it comes.

But averagely, you can expect about 60 calories per two ounces of plant-based chicken.

How to choose the best vegan chicken?

Basically, vegan food is more expensive than its non-vegan counterpart.

It is true with vegan chicken because there is still a smaller population demanding this meatless ingredient.

Therefore, it is necessary to know some tips so that you can choose the best vegan chicken and not waste your money on something more expensive but less tasty.

The first thing is to buy vegan chicken from a reputable brand.

There are a lot of manufacturers offering meatless products, including vegan chicken.

So make sure the company has been around long enough to produce high-quality items.

Some popular brands you can consider are Beyond Meat, Gardein, and 365 by WFM (Whole Foods Market).

The second tip to choose the best vegan chicken is to read the ingredient list printed on the package carefully.

By doing this, you can choose a gluten-free and non-GMO product so that people with celiac disease in your family can avoid it and comfortably enjoy your dish from vegan meat.

3.    Avoid buying plant-based chicken that is contained in a damaged package

Another important thing is to inspect the condition of the package.

Vegan chicken usually comes in a plastic package, and you should know that the quality of the package can partially indicate how good the content inside is.

Where to buy vegan chicken?

Vegan meat, including vegan chicken, has recently become more popular on the market.

Therefore, today, it is not a hassle to find this ingredient when you crave some.

Here are some typical places where you can purchase vegan chicken without any fuss:

Of course, a vegan store will offer a variety of meatless products, including vegan chicken.

You can also buy vegan beef or vegan pork here to change your menu frequently.

Another place where you can find vegan chicken is in a supermarket.

The best thing is you can even have vegan chicken available in your kitchen without leaving home by ordering it online.

Amazon and eBay carry a variety of vegan chicken products (nuggets or patties) from numerous brands so that you can easily add some to your cart and get them at your doorstep.

With the advancement of technology, it has become much easier than ever to live vegan lifestyles.

Plant-based chicken is a great way to transit into this kinder and healthier lifestyle without sacrificing flavor and texture.

The best place to buy vegan chicken is at a vegan store or from a reputable organic brand on Amazon.

Good luck with your choice!