When it comes to bacon, most people only know the regular pork bacon because of its popularity.

What if you live in a region that forbids the consumption of pork, what will be the greatest substitute? This is when turkey bacon comes.

But what about the taste of this less popular processed meat?

This article will put these two ingredients into comparison so that you can easily differentiate them and choose your favorite one.

What is turkey bacon? 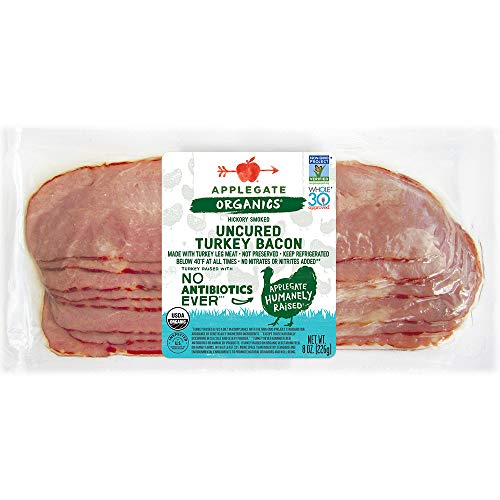 If you’re looking for a meaty, low-fat alternative to pork bacon that still has the same satisfying crunch and salty flavor as regular bacon, turkey bacon is your thing!

Turkey’s milder taste means there are so many more ways it can be used, as long as religious restrictions don’t get in the way.

It’s made from chopped-up and formed slices of meat that are then cured for preservation before being smoked to give it flavor.

The result is an appetizing breakfast or lunch item with less fat than other types of bacon like porky ham would provide you with on your plate!

What is pork bacon? 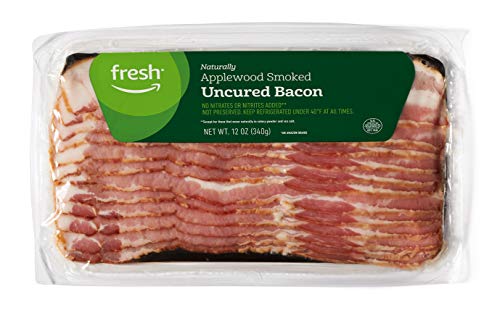 Pork bacon is a type of processed meat that uses pork as the main ingredient.

The part that is usually to make bacon is pork belly, but it can be fatback or pork jowl.

Bacon is eaten on its own as well as being used to flavor dishes such as sandwiches and roasts.

It can also be layered onto meat when cooking in order to insulate it while barding and larding them for protection during the process of cooking.

Bacon has been around for centuries but was first mentioned by name in 12th century England when it became popular among European royalty before reaching commoners.

The word “bacon” derives from Old High German Bahho meaning buttock, ham, or side bacon which today means that this meat can be used in any dish where you want some extra greasiness!

What are the differences between turkey bacon vs pork bacon?

Turkey bacon and pork bacon are two different things, and to know more about how they differ from each other, this table will help:

What are the similarities between turkey bacon vs pork bacon?

Most bacon is made by a similar process, so turkey bacon and pork bacon definitely share some similarities:

1. They are made the same way

Both turkey bacon and pork bacon are made by salt-curing the meat with other seasonings for one or two weeks.

Sugar is sometimes added to this process in some recipes to add a hint of sweetness.

2. You can use turkey bacon and pork bacon interchangeably

Since regular pork bacon and turkey bacon have the same smoky and intense flavor and similarity in texture, they can be substituted for each other.

They are great to match with fried eggs to create a hearty filling for bread.

This kind of breakfast which is made from two slices of toast, egg, and fried bacon is super easy and yummy, perfectly suitable for busy people.

3. Turkey bacon and pork bacon are not healthy options for a long term

Due to the curing process, the fresh cuts of turkey and pork are transformed into cured forms with a high amount of salt to preserve the meat.

Although this helps the meat last longer, it is not good for your health at all.

Therefore, only treat yourself to occasional meals involving bacon.

Whether these qualities appeal to your palate or not will depend on what it is that you’re looking for in breakfast meat.

But we hope that this article has at least helped clear up some misconceptions about turkey and pork bacon.

Or do you just prefer the taste of pork over any other meat?

If there are specific dietary restrictions in place for yourself or those around you, then turkey bacon might be the perfect substitute if it meets all necessary requirements.

The best way to know what works best for your family is by trying out both options side-by-side because of personal interest.