Pork rinds are a popular and favorite snack of all ages for a long time.

However, do you really know how they differ from pork skins? This article will provide you with more knowledge about pork skins and their product, known as pork rinds.

You will also be able to compare them and choose your favorite types of snacks.

What are pork rinds? 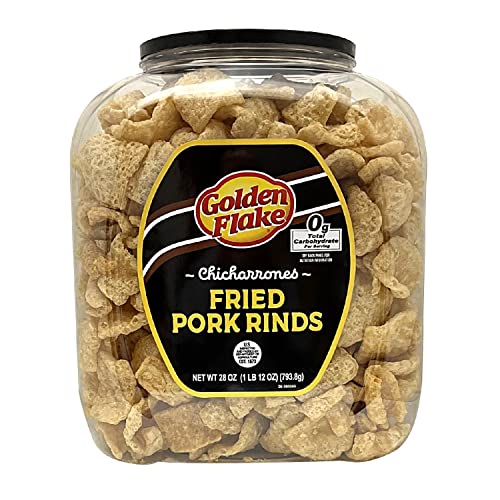 Pork rinds are a great snack for anyone looking to indulge in something salty and crunchy.

It’s basically the skin of a pig that has been boiled, dried, then deep-fried until it is crispy and puffy.

The result is delicious and low in calories.

These days, there are all sorts of flavors like BBQ, ranch, salt & vinegar just to name a few.

The best way to enjoy pork rinds is by dipping them into your favorite sauce or eating them plain with some salsa as an appetizer before you chow down on your main course.

What are pork skins?

Pork skins are the skin from any part of the pig, but usually the pork belly and fatback because they tend to have a lot of flavors on their own without much seasoning required.

The skins can be used to make bacon and ham, but they also have many other uses, like making pork rinds, in which pork skins are fried in hot oil until it becomes crispy and crunchy.

In some regions, the fried pork skins are eaten with various dipping sauces or melted cheese as an appetizer or snack food.

Normally, pork skins are the remnants of pork because some people don’t consume them.

It must have been because they didn’t know how to make pork rinds.

Now, processed pork skins can be easily found in any restaurant and grocery store.

What are the differences between pork rinds vs pork skins?

In this section, we have broken the differences between pork rinds and pork skins into pieces so that you can easily compare these two ingredients and really understand what they are.

What are the similarities between pork rinds vs pork skins?

So pork rinds and pork skins are just one thing but in two different forms.

1. They come from the pig

Pork rinds and pork skins are two names for one thing, which is the skin of the pig.

Besides pork rinds, they can make another snack from pork skins, called pork crackling.

This kind of product is likely to contain more fat than pork rinds because the fat layer under the skin is kept while frying.

2. Pork rinds and pork skins are high in protein, as well as iron and zinc, and low in calories

Pork rinds are a wholesome snack that can be enjoyed on occasion by people following low-carb diets.

The high sodium content of store-bought pork rinds is offset by the fact they’re also relatively low in calories and provide plenty of protein, making them ideal sustenance for this type of eating plan.

Raw pork skins tend to contain more fat than their dried counterparts, but when baking or drying out your own at home you’ll find there’s less need to worry about fatty ingredients because rendering the meat will yield better results.

So in general, pork rinds are a healthy choice as long as you don’t overuse them.

Pork skins and pork rinds are similar in many ways, but there are some important differences.

The most obvious difference is pork rinds are cooked and pork skins are raw.

So eventually, there will be nothing better than the other, because they are literally one thing.

Next time, you can easily make your own pork rinds from the raw pork skins sold at the grocery with less salt for a healthier option.

You can also bake them instead of deep-frying in so much oil to minimize the fat content.