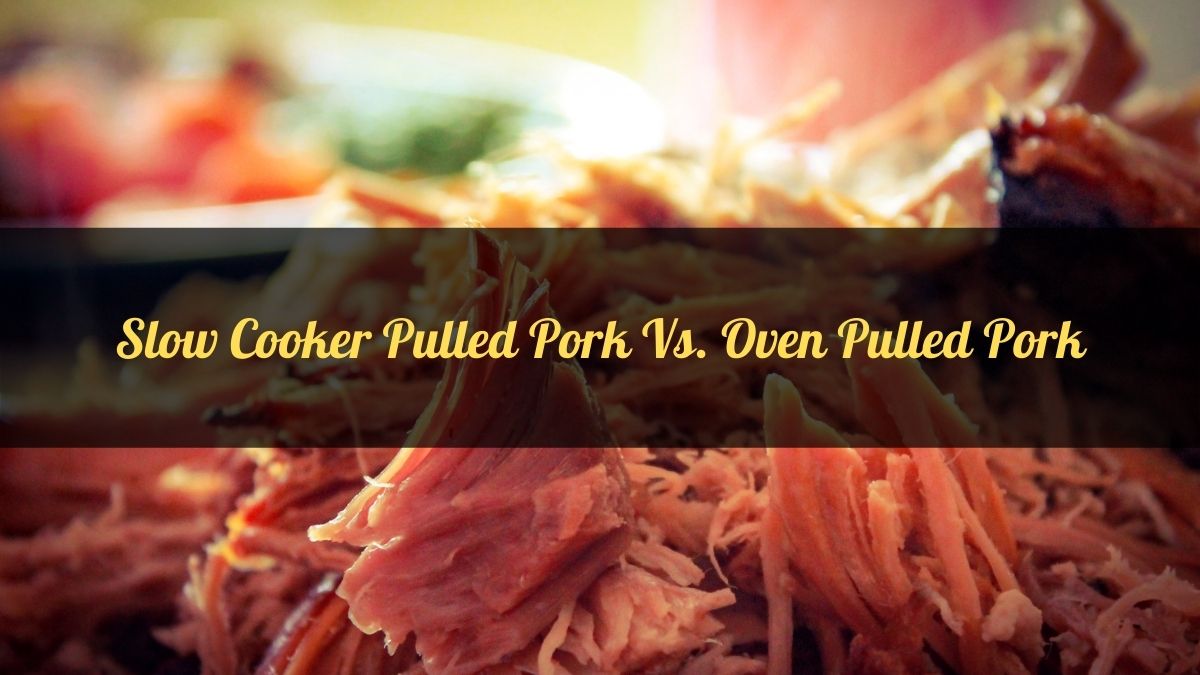 Have you ever made pulled pork?

It is a popular dish that can be cooked in the oven or slow cooker.

Each side argues the merits of their cooking method, but the truth is that both methods have their pros and cons.

In this post, we will be examining the difference between cooking pulled pork in an oven and a slow cooker so that you can easily differentiate them and choose your preferred one.

What is oven-roasted pulled pork?

Oven-roasted pulled pork is a delicious, all-American dish that’s perfect for any occasion.

Now you can easily find this American favorite comfort dish in different cuisines.

It has an amazingly rich flavor that comes from hours of slow cooking in the oven with natural spices like salt, pepper, onion powder, garlic powder, paprika, and cayenne pepper.

Basically, the meat (usually the pork shoulder cut) is roasted in an oven, while being basted with a sauce.

The most common sauces are barbecue and tomato-based, but other sauces can be used as well.

It usually takes about four hours to cook at 300 degrees Fahrenheit until the internal temperature reaches 195°F – 200°F.

What is slow-cooker pulled pork? 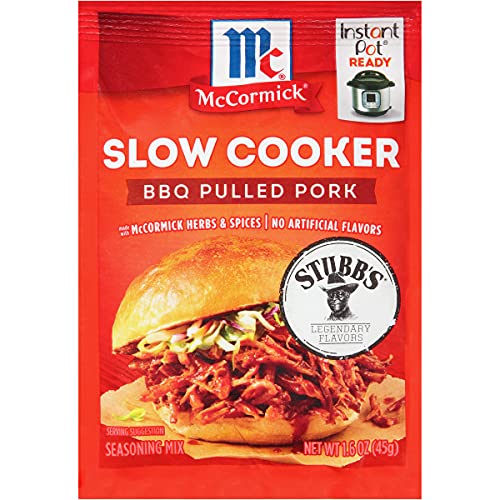 Pulled pork is a dish that’s incredibly popular in the Southern states of America and has been around for centuries.

It consists of pork, typically pork shoulder or Boston butt, which is slow-cooked in a savory sauce on low for about eight hours.

After that, the meat is pulled and served on bread rolls with barbecue sauce.

Despite the long-time cooking, the slow cooker does all the work and gives you an easy dinner recipe that will get rave reviews from your family.

You just need to prepare some easy-to-find ingredients and seasonings and make the dish a bit earlier to make sure that no one will be left hungry because the dinner time is over and your slow-cooker pulled pork dish is not completed yet.

Slow cooker pulled pork falls under the category of comfort food because it’s something that reminds us of home-cooked meals made by our moms or grandmothers.

What are the differences between pulled pork oven vs slow cooker?

So there are several mouth-watering pulled pork recipes, like using a slow cooker or an oven.

Although they all successfully result in delicious pulled pork for the whole family, each cooking method has its own special features that make it unique.

What are the similarities between pulled pork oven vs slow cooker?

No matter which method you are going to stick with, the result is still mouth-watering pulled pork.

Therefore, besides the key differences that have been mentioned above, this section will feature the differences between pulled pork oven and the slow cooker counterpart.

1. Oven-roasted and slow-cooker pulled pork are used the same way

The ultimate use of pulled pork is making the delicious fillings of sandwiches, tacos, or burritos.

So even if you have the piping hot pork that has been taken out from the oven or slow cooker, they will perfectly go between the buns or tacos.

2. They are a rich source of nutrients

Roasting the pork in the oven, or slow-cooking it in a crockpot or slow cooker will allow the nutrients to be kept inside the meat.

Therefore, your finished dishes will not only be full of flavors but also essential nutrients that are good for your health.

We have now pointed out the difference between cooking pulled pork in an oven and a slow cooker so that you can easily differentiate these two dishes.

The answer to this question really depends on your preferences, but we hope by examining these two methods of preparation, you will be able to determine which method best suits your needs and taste buds.

If you are in a hurry, then using an oven to make pulled pork seems better.

On the other hand, you should stick with the slow cooker option if you expect the pork is so juicy and melt in your mouth.

So it’s time to give both methods a try then you can have your own decision.