Chicken has long been known as a staple type of meat in many cuisines.

However, have you ever heard about bison? Will it be a healthier alternative for chicken? Let’s find out the answer in this article. 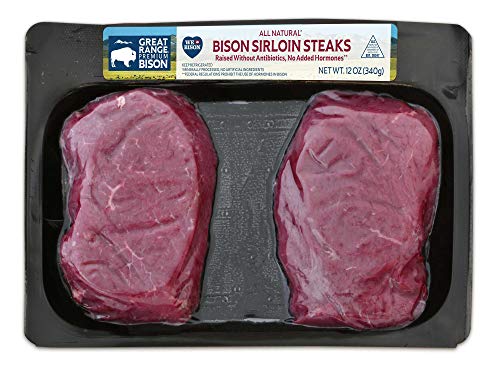 Bison can refer to the kind of ungulate animal that belongs to the family Bovinae, or the meat of this animal.

Bison is often mistaken with buffalo because of their similar appearance and both come from the Bovinae subfamily, they are actually two different species.

Bison is mostly found in North America and Europe.

Many people just think of bison as a wild animal, but they don’t know that bison meat is one of the healthiest and delicious ingredients for cooking.

Bison has a darker red color than beef and contains less fat than any other red meat.

It is also higher in omega-3 fatty acids, vitamin A, E, iron, and beta-carotene.

Although bison is lower in fat, it still has the nicest marbling fat that ensures your dish is juicy and tender without being too dry.

And despite its darker color, bison has a milder taste but slightly sweeter than beef, with a note of gamey flavor.

You can find bison in different forms, such as ground bison for making burgers, steak form, or even jerky.

However, since bison is rarer and healthier, it is often much more expensive than regular beef. 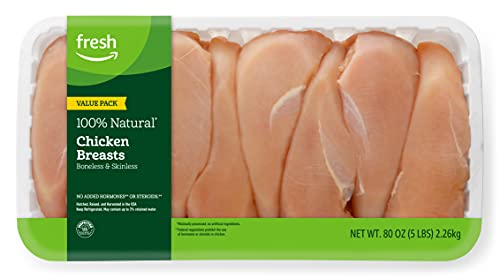 Chicken is a type of white meat that comes from domestic fowls.

There are plenty of chicken breeds in the world with their own unique features, but the meat is not significantly different in texture, flavor, and nutritional content among breeds.

Chicken is considered a healthier alternative for regular red meat like pork and beef because it is lower in saturated fat, which is harmful to our heart health if consumed in the long term, but still a rich source of protein and many other essential nutrients.

White meat chicken is the leanest part of the chicken or known as chicken breast.

It is healthier, softer, but also milder in flavor.

On the other hand, dark meat chicken, such as chicken legs or chicken wings, is more flavorful and tougher because it contains more fat.

Chicken can be cooked in numerous ways, including deep-frying, baking, grilling, roasting, boiling, or steaming.

The resulting dish is typically served as the main course with other side dishes like fries, mashed potatoes, salads, or toast.

It can also be consumed as a snack, such as chicken nuggets or chicken jerky.

What are the differences between chicken vs bison?

Bison and chicken are obviously two different kinds of meat.

Therefore, they differ in many ways, from their appearances, flavors, nutritional contents, to the way to sell or cook them.

The table below will compare bison and chicken in the main criteria so that you can easily differentiate these two kinds of meat:

What are the similarities between chicken vs bison?

Despite many key differences that set chicken and bison apart from each other, these meats also have some features in common, as listed below:

1. Chicken and bison are two delicious and nutritious types of meat

The first similarity between chicken and bison is that they are healthier than other kinds of red meat.

Both of them are lean meat with lower fat content and higher in omega-3 fatty acid, which benefits our health in many ways.

So don’t worry if bison is red meat and even has a darker red color than your conventionally store-bought beef, it is healthier to consume.

Moreover, chicken and bison taste great and their flavors are easy to eat for most of us.

Therefore, they can satisfy even the pickiest eater.

2. Chicken and bison can be served with many side dishes

Another thing in common is that chicken and bison are versatile cuts that can be cooked and served in many ways.

Dishes that are made from either chicken or bison can be great to consume with salads, steamed or grilled vegetables, rice, pasta, French fries, toast, or mashed potatoes.

After reading this article, you should be able to make an educated decision about which type of meat is best for your diet.

Bison may seem to be a bit healthier than its poultry counterpart, however, its quality is equivalent to its price.

Not everyone can afford or have access to bison meat.

Therefore, it’s up to you to choose between bison and chicken because they are generally amazing in their flavors and nutrient values.