When it comes to salad, spinach and lettuce seem to be the two most popular options.

But is one really more nutritious than the other?

Or are they equal in that regard?

Let’s accompany us and learn more about spinach and lettuce in this article.

What is special about spinach? 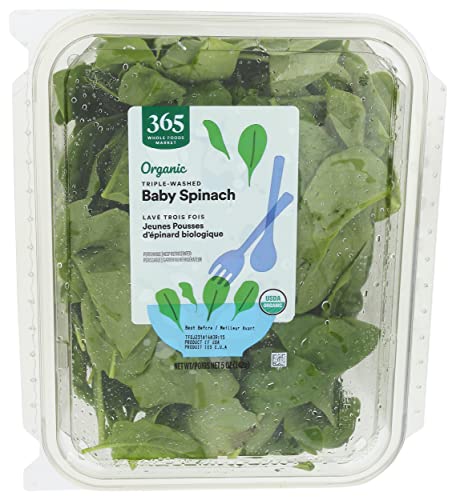 Spinach is a leafy green vegetable that can be eaten raw or cooked.

Spinach has a deep green color and an earthy flavor that can be quite overpowering if used in large amounts.

Spinach is very versatile and can be used with many different types of food.

It’s high in protein, calcium, iron, and vitamins A and C.

Spinach also contains omega-3 fatty acids that are good for your heart and brain health.

This veggie can be eaten raw or cooked depending on personal preference.

It is most often used to make creamed spinach, which is often served alongside steak or chicken as an accompaniment.

It can also be used as an ingredient in casseroles or omelets or added to soups at the end of cooking time for added flavor.

When buying spinach, look for bunches with crisp leaves and no signs of yellowing or wilting.

Spinach is best when eaten fresh—it doesn’t keep well in the refrigerator for more than one to two days after being cleaned, washed, and dried.

What is special about lettuce? 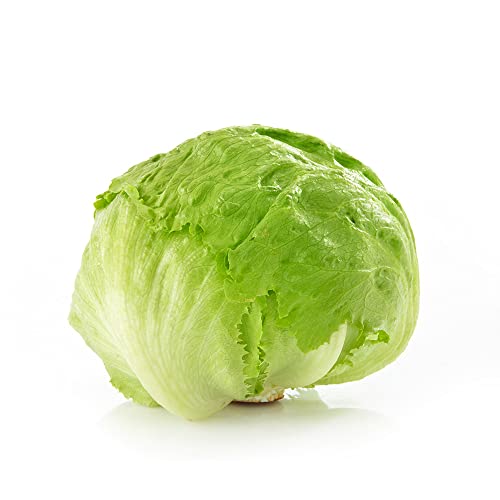 Lettuce is a vegetable that’s very low in calories and high in fiber, which makes it an excellent choice for weight loss.

It also provides many essential vitamins and minerals like folate, vitamin A, vitamin K, and vitamin C.

Lettuce comes in many different varieties, but all types have a similar appearance.

The leaves are generally green, although some varieties have red or purple leaves instead.

The leaves grow from the center of the plant, which eventually forms a large head of tightly packed leaves.

When selecting a head of lettuce for use in cooking, look for one that feels firm but not hard; older heads tend to be harder than younger ones.

Lettuce is typically used raw, in a salad, sandwich, or wrappings, but it can also be cooked.

What are the differences between spinach and lettuce?

Although spinach and lettuce are two popular green choices, they have a variety of differences that separate one from another:

Lettuce and spinach have different appearances

The first difference between spinach and lettuce is their shape: while spinach leaves are flat and oval-shaped, most lettuce leaves are rounder.

Spinach leaves also tend to be darker green than lettuce leaves—though some varieties of leafy greens like icebergs do have dark green veins running through them!

In short, lettuce is likely to form a rosette with leaves wrapping around each other whereas spinach refers to separate leaves.

Lettuce and spinach have different flavors and textures

Another difference between lettuce and spinach is their textures and flavors.

But what about texture?

Lettuce tends to be softer and crispier, while spinach can be a little tougher.

Both have a crisp texture when raw, but when cooked, spinach becomes soft, whereas lettuce remains crunchy if properly cooked.

Spinach is more nutritious than lettuce

Spinach has more vitamins and minerals than lettuce.

In fact, spinach has twice as many antioxidants as lettuce does! Spinach is also a good source of vitamin K, which helps your body absorb calcium to protect your bones.

And spinach is rich in folate and vitamin C—both crucial for healthy eyesight and brain development.

And we don’t just mean that it has more vitamins.

Spinach is also higher in fiber, protein, iron, and calcium than lettuce. It’s also packed with antioxidants and phytonutrients that are good for your heart, eyes, and skin.

So if you’re looking for a way to get your nutrients without eating processed food, spinach may be the answer!

What are the similarities between spinach and lettuce?

You can also find some similarities between spinach and lettuce, such as below:

Lettuce and spinach have several varieties

In fact, there are many kinds of lettuce that exist on the market.

When you’re at the grocery store, you might see familiar names like iceberg lettuce, romaine lettuce, Boston lettuce, and butterhead.

Some spinach varieties are savoy, baby leaf, and spring leaf.

It’s great for salads and casseroles.

Baby leaf spinach is tender and can be used in cold salads or cooked dishes.

Meanwhile, spring leaf spinach is a popular variety because it grows year-round and has a delicate flavor.

It’s best in soups or served with other vegetables as a side dish.

The most obvious similarities between spinach and lettuce are that they’re both leafy greens, which means they contain high amounts of vitamins, minerals, and fiber.

Both can be eaten raw or cooked—and both taste great in salads!

Spinach and lettuce are both delicious, but if you’re looking for the healthiest option, spinach should be your go-to.

As already mentioned, spinach is richer in nutrients compared to lettuce, so it will benefit your health in a better way.

I think spinach is clearly the better option!

Not only does it have fewer calories and more nutrients, but it also has a higher water content which means that it will keep you fuller for longer.

But sometimes, your recipe only goes best with lettuce, then you shouldn’t omit this option either.