When it comes to cooking pork, there is a wide collection of either fresh cuts or cured pork products to choose from.

Pork jowl and bacon are both familiar to any of us, but do you know which one is better?

This blog post will go over the differences between these two popular types of meat, as well as their similarities, including some cooking tips for each of them.

What is a pork jowl?

Pork jowl is the meat that hangs below a pig’s chin.

The cut includes a small piece of fat that sits underneath it, which can be used to make bacon or lard.

It has a variety of culinary uses including in stews and for curing into bacon.

This cut is often confused with cheeks because both are found in proximity to each other on the animal’s head.

In fact, some people suppose that they are the same, but experienced cooks differentiate them by defining that pork jowl is actually located between the pig’s chin and jaw while cheeks are found around the nose and below the eyes. 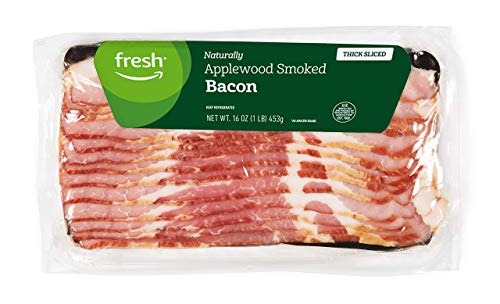 Bacon can be made from any kind of meat, such as poultry, pork, or beef.

But in this case, we would like to mention the most popular bacon that we have eaten for centuries, the pork bacon.

Bacon is cured meat from a pig.

It is made by taking a slab of pork belly and curing it in salt, sugar, and spices for about 7 days and then storing it in the fridge.

The most common part of the pig that is used to make bacon is pork belly, but it can also be fatback or pork jowl.

The meat becomes rock hard and turns brown from the nitrates used to cure it.

You can get bacon that has been smoked after being cured as well.

Bacon has become the most popular breakfast meat in America over the last few decades.

What are the differences between pork jowl vs bacon?

Let’s see how they differ from each other in the comparison table below:

What are the similarities between pork jowl vs bacon?

Most bacon is made by a similar process, so turkey bacon and pork bacon definitely share some similarities:

1. Bacon can be made from pork jowl

As we all know, the most common bacon is made from pork belly with the perfect balance of fat and meat.

However, another popular type of bacon is made from pork jowl, when you need something with more fat and skin, jowl bacon is perfect.

So that means when pork jowl is cured before being sold, it is actually bacon.

2. There is a variety of recipes to cook pork jowl or bacon

You don’t have to worry about lacking recipes to cook pork jowl or bacon because there is a lot for you to choose from.

Pork jowl is perfect to make stews, braises, or soups, the dishes that require liquid and a specific amount of fat to add a richer flavor to them.

There are hundreds of other ingredients to cook with pork jowls in these recipes, and you will have a totally new dish with a twist.

Meanwhile, bacon is amazing to be pan-fried or grilled to let the fat a little rendered, creating a crispy and beautifully brown outside.

There is a wide variety of pork products available at your local grocery store or butcher shop, and they all have different benefits.

Pork jowls are excellent for braising, while bacon can be enjoyed in numerous dishes such as the classic BLT sandwich (bacon, lettuce, tomato), Bloody Mary, chowders, cakes, and more.

When it comes to cooking these two popular types of meat there are many similarities but also some important differences that you should know about before making the decision on which one to purchase next time you’re out shopping.

Which do you think will work best with what type of dish? Leave us a comment below!