We all know that fried food is not ideal at all, but who can resist the crispy and flavorful comfort food like chicken fries or chicken nuggets?

To understand more about these fast food options, let’s delve right into it and learn how chicken fries and chicken nuggets differ from each other as well as which dish is better for you.

What are chicken fries? 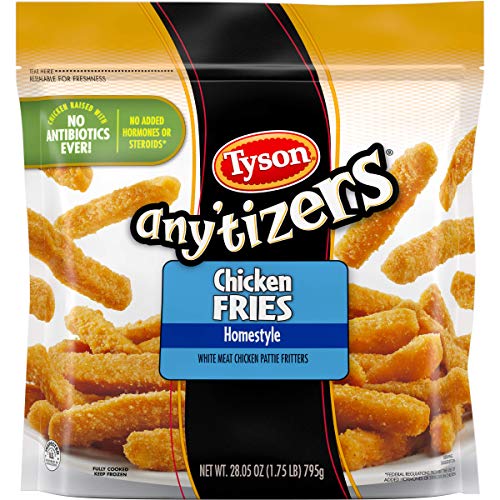 Chicken fries are a new type of chicken nugget.

Chicken fries don’t refer to the whole cut of Southern fried chicken but are bite-sized strips of chicken.

White meat chicken like chicken breast, that are breaded and deep-fried so that they are crispy outside, but tender and juicy inside.

They can be served alone because the chicken is packed with different flavors from the spices and herbs used to season the breading mixture, and there is no need to dip them in any kind of sauce.

Chicken fries are mainly found in Burger King rather than other fast-food chains.

They were first introduced in 2005 and disappeared after seven years on the market.

However, according to this company, this dish was continued to be sold in some markets like Italy.

But in the United States, you will be likely to find chicken fries sold frozen and precooked in packages in the supermarkets or made at home.

What are chicken nuggets? 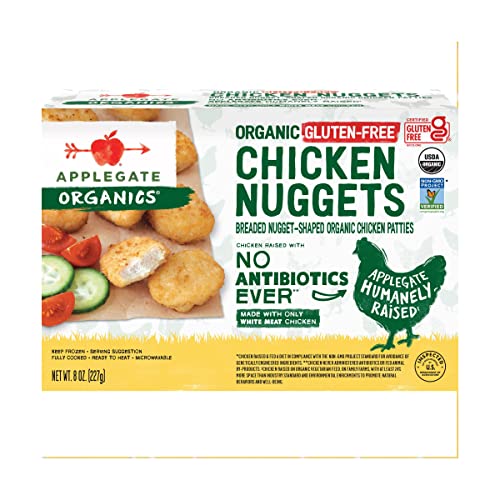 Chicken nuggets are a staple in many fast-food restaurants as well as American households.

They are the ultimate comfort food that has a crispy crust with tender and juicy meat inside.

Chicken nuggets are made from the chicken breast that is cut into bite-sized pieces before being battered and deep-fried in hot oil.

They are usually served with ketchup, chili sauce, or mayo on the side for dipping as a snack.

Otherwise, you can serve chicken nuggets as the main dish with some salads, steamed rice, or mashed potatoes to accompany.

When it comes to homemade chicken nuggets, you can choose to bake them instead of deep-frying to cut down some fat intake and make it a healthier dish to consume.

What are the differences between chicken nuggets vs chicken fries?

In general, chicken fries and chicken nuggets are relatively similar.

Their main differences are mentioned in the comparison table below:

What are the similarities between chicken nuggets vs chicken fries?

It seems that chicken nuggets and chicken fries are two dishes with only slight differences from how the chicken is cut as well as the seasoned batter.

Below are what are in common between these two chicken delicacies:

1. Chicken nuggets and chicken fries are made and served the same ways

You will need chicken breast that is cut into bite-sized pieces or strips.

After that, the chicken is coated in seasoned flour or batter, then deep-fried in hot oil or baked in an oven.

The resulting dish is often served with some kinds of dipping sauce like chili sauce, ketchup, cheese sauce, or mayo.

It is great to be eaten with some green or fruit salads, French fries, mashed potatoes, or steamed rice.

2. Chicken nuggets and chicken fries are not ideal for daily consumption

We all know that chicken nuggets and chicken fries are very delicious and satisfying.

However, they are not good for our health if consumed too frequently although they are made from white meat chicken, which is considered low in fat and healthier than its dark meat counterpart.

The flour or batter as well as the deep-frying method are what makes chicken nuggets and chicken fries less healthy.

These dishes are often high in fat, calories, and sodium.

Therefore, you better limit your consumption or make them at home by using a thin coat and baking instead of frying.

Chicken fries and the nuggets are similar in their ingredients but differ when it comes to preparation.

Although they are not ideal for your health in the long term, if such an indulgence will make your day (or week) brighter, then go ahead.

You deserve it sometimes too.

Just don’t forget about our tips on making healthier choices of chicken nuggets and chicken fries next time around.