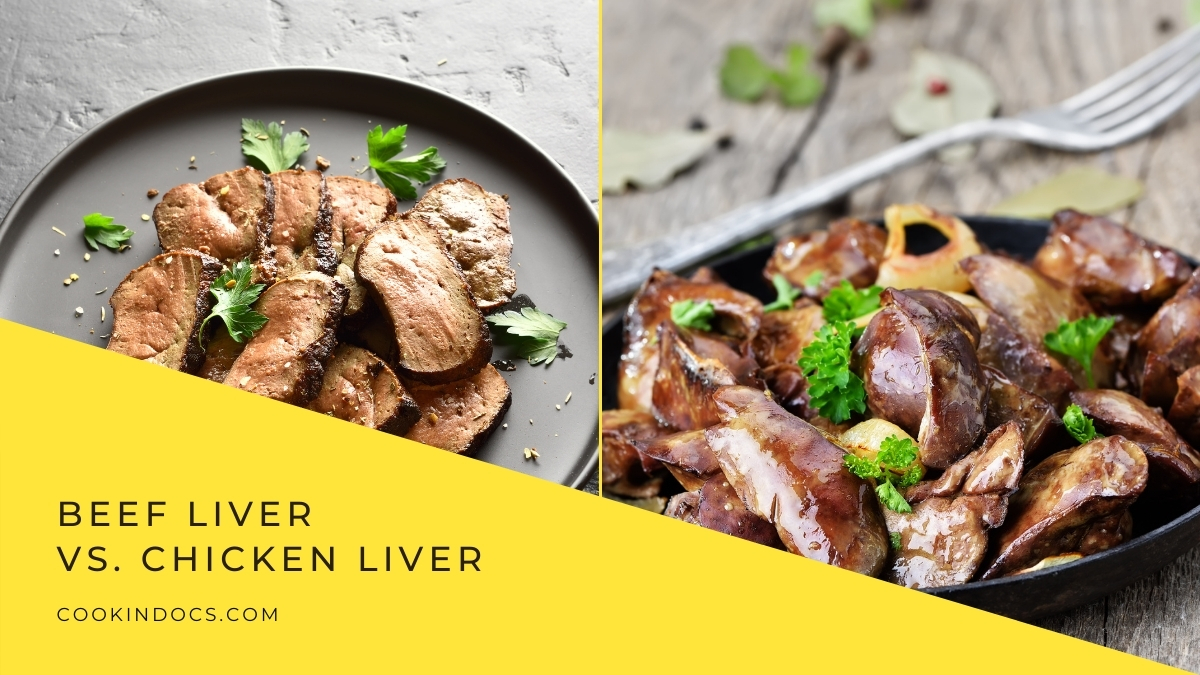 Livers are known as the most nutritious organ meat that is rich in many essential vitamins and minerals.

The debate on which kind of liver is better, beef or chicken, has been going on for years with no clear winner.

In this article, we will compare these two types of liver and tell you whether beef liver or chicken liver is healthier.

What are beef livers? 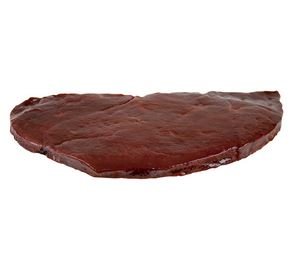 Beef liver is simply the liver of the cow.

Although it is not a popular choice like other beef cuts like briskets or flanks, organ meat is actually relatively tasty and packed with many nutrients.

Beef liver has a deep red color, with a whole beef liver of a matured cow that can even weigh around 10 to 15 pounds.

Beef liver is a rich source of vitamin A, vitamin B12, iron, zinc, copper, and phosphorus.

As a result, it helps regulate blood pressure as well as build strong bones and teeth.

It has a moist, soft, but solid texture that is easy to slice.

Many people don’t like eating liver because of its smelly odor, however, you can totally diminish the strong taste of beef liver by soaking it in milk about 30 minutes to one hour before cooking.

Once the beef liver is properly prepared, it can be used in many recipes, such as grilled, baked, stir-fried, or ground into a paste as pate.

What are chicken livers? 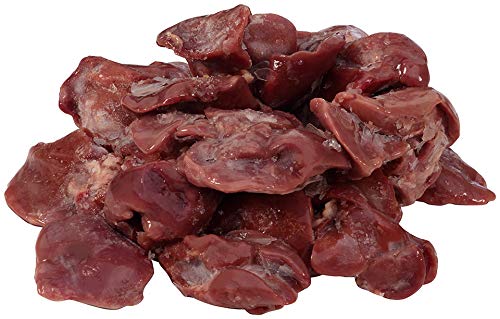 Chicken liver is an organ meat that comes from the chicken.

Despite its red color, chicken livers are not red meat.

Chicken liver is very small, with each liver only weighs a few grams, and a serving of chicken livers can include dozens of livers.

While not everyone enjoys the taste of this organ meat, there are many health benefits when consuming an occasional serving.

Chicken livers are rich in vitamin A, B12, D, folate, iron, and biotin.

Chicken livers should be fully cooked to avoid campylobacter bacteria from entering our system.

Chicken livers have a sweet and nutty flavor and a moist texture from the fat.

What are the differences between beef liver vs chicken liver?

However, since they come from two different types of animals, they differ in several ways, as listed in the comparison table below:

What are the similarities between beef liver vs chicken liver?

Despite the main differences between beef liver and chicken liver, these two types of organ meat also share numerous similarities.

1. Beef liver and chicken liver have a red color and moist texture

The liver of any animal often has a red color that turns brown when cooked.

Beef liver and chicken liver also share the same texture, which is soft, squishy, but solid.

The fat from the liver helps keep it moist.

2. Beef liver and chicken liver have the same taste

Another similarity between beef liver and chicken liver is their taste.

Both might be slightly smelly when raw, but you can reduce the bitter and “metallic” odor by soaking them in milk before cooking.

When fully cooked, beef liver and chicken liver have a sweet and nutty taste.

Because beef liver is much larger than chicken liver, you might feel that the first one is stronger in flavor while the latter is milder.

Livers have long been known for their nutritious content.

Beef liver and chicken liver are both rich sources of iron, vitamin A, vitamin B12, phosphorus, zinc, and folate.

Consuming organ meat, especially liver, will benefit our health in many ways, as long as we have a proper diet.

4. Beef liver and chicken liver can be used in numerous dishes

The last thing in common between beef liver and chicken liver is how they can be cooked.

You can cook beef livers and chicken livers the same way, and feel free to interchangeably use them in different recipes.

For example, beef liver or chicken liver can be pan-fried, baked, grilled, or deep-fried.

In conclusion, beef liver and chicken liver are both delicious and great for our health if consumed occasionally, like once per week.

These two types of organ meat seem to share many similarities rather than differences, so they can be great alternatives for each other.

If you live in a big family, beef livers might be a better choice thanks to their huge size.

Meanwhile, chicken liver is more suitable for those who expect to cook one to two portions only.