Macaroni salad is a staple of many potlucks, summer parties, and barbecues.

And while you may have had it before, there’s a good chance that you haven’t tried the Amish version of this classic side dish.

With its unique blend of ingredients, it brings something different to the table.

In this article, I will walk you through exactly what this twist on macaroni salad is like and explain how it differs from the original recipe.

What is an original macaroni salad?

Original macaroni salad is a dish made with cooked macaroni and mayonnaise, often including celery and onion.

Others use bacon or ham as well.

The exact origin of macaroni salad is unknown, but it is believed that the dish originated in the United States sometime during the 1800s.

However, there are several accounts of macaroni salads being made by cooks in Italy and France as early as the 1600s.

Macaroni salad has been a staple food item on American tables ever since its introduction into American cuisine by Italian immigrants who brought their own version of pasta salad recipes with them when they immigrated to America from Italy during the late 1800s through early 1900s.

What is Amish macaroni salad?

Amish macaroni salad is a traditional salad that is popular in the Amish community.

The Amish are a religious community that originated in Europe during the sixteenth century, but they didn’t come to America until the early 1700s.

It’s made with a mixture of cooked macaroni, mayonnaise, and a variety of vegetables.

The Amish macaroni salad can be served as a side dish to any main meal.

It’s been popular at picnics and barbecues for decades, and it’s often served with fried chicken or other grilled meats.

What are the differences between Amish macaroni salad and the original?

Although there are several theories about the origin of macaroni salad, like from French, Italy, Germany, or America.

But there is a fact that we have to admit that this classic recipe is wel-known all over the world, especially in the United States.

Meanwhile, Amish macaroni was developed from the initial recipe and it was first created among Amish community, hence the name of this variation.

Amish macaroni salad is often made with Miracle Whip, while the original recipe calls for mayonnaise

Another difference between Amish macaroni salad and the original one is the dressing.

Generally, these different dressings don’t make these two macaroni salad versions taste completely different from each other, but they do result in the slight difference.

This sauce is packed with more flavors than the standard mayo because it has more spices and herbs.

What are the similarities between Amish macaroni salad and the original?

There are some obvious things in common between Amish macaroni salad and the original recipe:

Both versions of macaroni salad are made with the same ingredients

Although there are many variations for these dishes with a twist on the ingredients, the aforementioned elements are must-haves and what make a true macaroni salad.

Due to the use of vinegar, mayonnaise, or sour cream, both the original macaroni salad and Amish macaroni salad share a tangy flavor that is perfect as a side dish for any meat-based main course.

There is no right or wrong answer to this question. The fact is that both the Amish macaroni salad and the original macaroni salad are delicious in their own ways, and you should make them both when you’re feeling like eating a classic summer dish. However, there are some differences between these two recipes that you should be aware of:

As we’ve seen, the Amish macaroni salad has some advantages over an original recipe.

It can be tasty for many people and is a good option if you’re looking to eat healthily or are on a budget.

It also tastes great as leftovers!

But there are still plenty of reasons why an original recipe might be better suited for your needs.

In conclusion, there are not many differences between these two versions of the macaroni salad so don’t hesitate to give them a try! 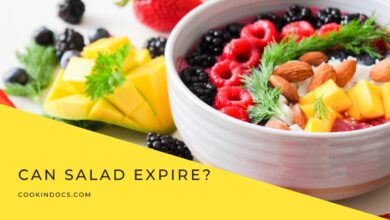 Can Salads Expire? Is There An Expiration Date For Salads? 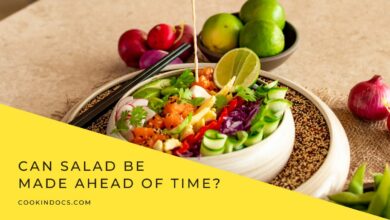 Can Salads Be Made Ahead Of Time? Is It Okay To Prepare My Salad In Advance? 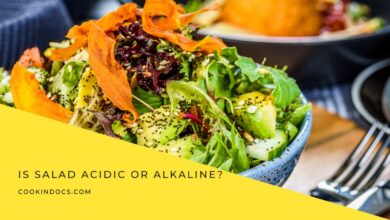 Is Salad Acidic Or Alkaline?

House Salad Vs Italian Salad At Carrabba’s: What Is The Difference? 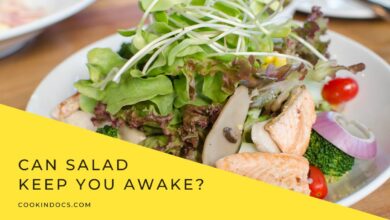 Can Salads Keep You Awake? Is Eating Salads At Night Good Or Bad?