In the last few decades, ractopamine has appeared in meat production, including pork, to create leaner pork with less fat accumulation.

Although this drug reduces the fat amount found in original meat, it might pose some risks to our health if improperly used.

For this reason, many people choose not to consume pork from animals that are treated with ractopamine.

First of all, let’s figure out what ractopamine exactly is?

Ractopamine is an animal feed additive that has been used in some countries to promote leanness and increase food conversion efficiency.

Because many people prefer lean meat rather than the fatty counterpart.

Ractopamine can be found as the active ingredient in products marketed under different names such as Paylean for swine, Optaflexx for cattle, and Topmax for turkeys.

It was originally banned by many countries, but now more than 50 nations are currently using it since its introduction over two decades ago.

Since ractopamine is a chemical additive, it is only used in an allowable ratio, like 5-20 mg/kg feed for finishing pigs.

So ractopamine-free pork is pork meat from the pigs that don’t receive this additive to their bodies.

They might contain more fat, but it is safer for us to consume pork that is ractopamine-free.

How many calories are in ractopamine-free pork?

Since ractopamine-free pork is fattier than pork that uses ractopamine, it provides us with more calories, and most of the differences are from the fat content.

However, fat ain’t bad because fatty pork is a little higher in fat-soluble vitamins, such as Vitamins A, D, K2, and E than lean meats.

Specifically, there are nine calories in each gram of fat, while the number is only four calories per gram for protein.

On average, 100 grams of ractopamine-free pork consists of around 300 calories.

So ractopamine pork, which is leaner, will be more suitable for those who want to increase the protein intake without gaining too many calories and weight.

On the other hand, people who follow a low-carb diet should opt for ractopamine-free pork.

How to choose the best ractopamine-free pork?

ractopamine-free pork is considered to be safer to consume.

So what to keep in mind when buying this kind of pork? Here are some things:

1. Choose the pork that has an adequate amount of fat and lean muscle meat

Although pigs that are fed with ractopamine will produce leaner meat, it doesn’t mean that those without using this additive have no muscle meat.

There is still a lot of meat found in ractopamine-free pork, it just contains more fat than the lean counterpart.

The best ractopamine-free pork should be not too fatty nor lean.

It would be best to stick with the muscle meat with marbling fat surrounding it to result in the tenderest and juiciest meat.

2. Buy from a reputable source

The sellers are not required to tell you that the pork contains ractopamine or not.

This feed additive is banned in many regions and countries, but if it is used correctly in an allowable amount, it is safe for human consumption.

But if you still want to purchase ractopamine-free pork, you need to make sure that you are approaching the right place that sells true meat products.

The tip is looking for the AGA logo (American Grassfed Association) on the label of the pork package because AGA-certified meat is not allowed to contain ractopamine.

Where to buy ractopamine-free pork?

Today, most of the industrially produced pork contains ractopamine.

That means it is not easy to purchase the ractopamine-free counterpart.

Reach out to the following places to check if they have ractopamine-free pork available in their stores or not.

There are some local farmers, mostly located on the outskirts, providing ractopamine-free pork.

The point is you should contact them ahead to make sure that there is this kind of pork available in their farms, or ask for the name of a butcher shop that uses their pork products.

If you want to shop for not only meat but also other ingredients, it is more convenient to go to the supermarkets.

Some big supermarkets throughout the country like Walmart, Kroger, or Whole Foods do offer ractopamine-free pork, but not always.

When buying ractopamine-free pork from these places, it is better to check the label yourself because no one is likely to help you.

If the package has the AGA logo, you can believe in it.

So obviously, ractopamine-free pork is still preferred over ractopamine-fed pork despite the fact that consuming the latter is still safe if they use this drug properly.

However, if your family’s health is a priority, it would be better to stick with the ractopamine-free pork.

Of course, in case you have the opportunity to afford and approach organic pork without the use of ractopamine.

Some typical places that you might find ractopamine-free pork are local farmers, big supermarkets, or online butcher shops. 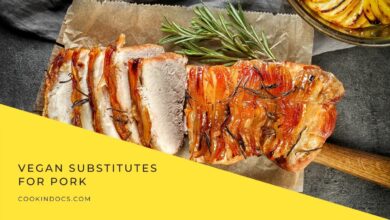 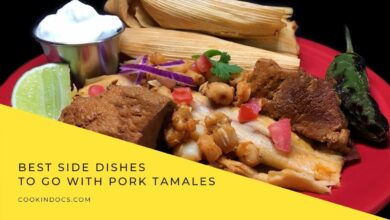 6 Side Dishes That Go Perfectly With Pork Tamales 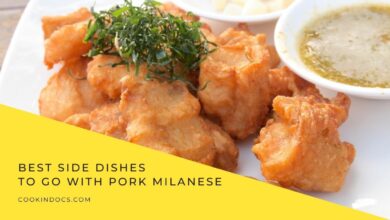 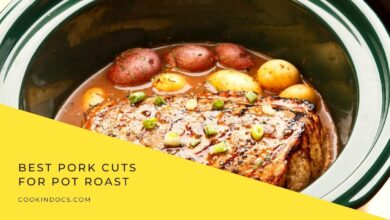 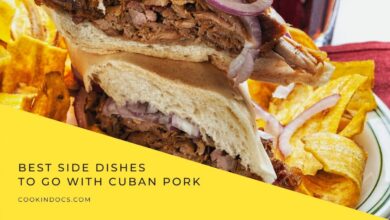 What To Serve With Cuban Pork? 7 Delicious Side Dishes To Accompany Your Cuban Pork 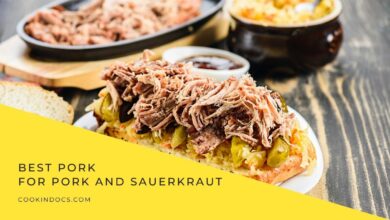