If you are a fan of Asian food, this article is worth a look.

In the following sections, we will delve into two popular cuisines in Southeast Asia, Vietnamese food and Filipino food.

So that you can see how they differ from each other and what kind of Asian food will be your favorite. 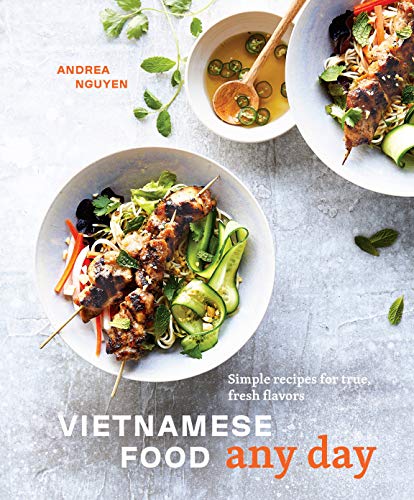 Vietnamese food is a diverse cuisine that varies between different regions.

Vietnamese cuisine has been heavily influenced by Chinese cuisine due to their proximity in geography and French cuisine since they were colonized by this European country for a long period of time in the past.

Despite the varied landscape of this Asian country, one thing in common between regional cuisines is the incredible balance of flavors, ranging from mild to spicy with aromatic, sweet, spicy, sour, and salty notes at the same time in every bite.

Vietnamese people tend to use less oil and dairy products in the cooking, therefore, Vietnamese food is often lighter in texture and flavor, making it easier to eat the whole bunch.

No wonder why Vietnamese dishes are considered to be one of the healthiest cuisines in the world.

There are some staples in Vietnamese cuisine like Pho, Banh Mi, or spring rolls that have been well-known in the West too.

All feature the use of fresh vegetables and herbs, a special characteristic of Vietnamese cuisine.

They mainly use fish sauce or soy sauce to season their dishes instead of sauce, making the food packed with a unique and specific flavor that is hard to be found in Western cuisine.

Their ingredients are diverse in a meal, but the dishes are prepared and cooked in a simple way and served in family-serving size. 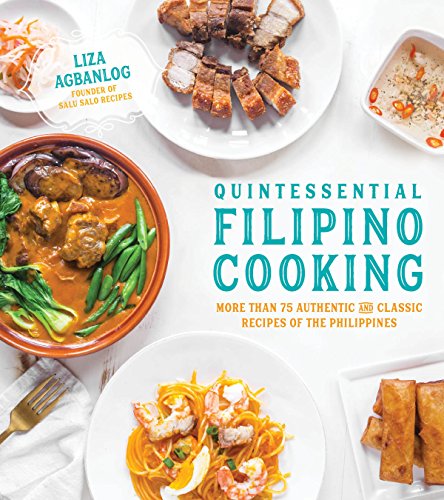 The Philippines is an island country in the western Pacific Ocean.

Therefore, its cuisine features many staples of a tropical climate region, such as seafood and tropical fruits.

The Philippines has been invaded by various countries and civilizations over the centuries, which means they have absorbed some culinary influences from China, Spain, America, and Indonesia.

Filipino dishes are known for being very flavorful and traditionally home-cooked.

Unlike other Asian cuisines that usually focus on the use of fresh herbs, Filipino dishes are strong in spices, especially garlic.

They also make use of their tropical coconuts by adding coconut milk to many of their classic staples, mainly saucy dishes.

Their food comes from different groups, including meat (especially chicken and pork), seafood, vegetables, and fruits.

One dish might include all the ingredients from these groups, making their food look vibrant and nutritious.

What are the differences between Vietnamese food and Filipino food?

Many people, especially foreigners from the West, are often confused that Vietnamese food and Filipino food are the same.

In fact, they are different in many ways:

The first difference might be the most important thing that sets Vietnamese food and Filipino food apart from each other is their different influences.

Vietnam shares the border with China and the two countries have had a strong relationship for centuries, therefore, no wonder why Vietnamese food has been heavily influenced by this North Asian cuisine.

On the other hand, the Philippines was colonized by Spain for hundreds of years, that’s why their dishes came from Spain’s colonization centuries ago.

Another difference between the two cuisines is that most Filipino food is saucy, while you will find a variety of Vietnamese food with different textures.

Filipino food is usually soups or stews that are packed with some sauce.

In Vietnam, the cooking method is very diverse.

They can boil, steam, stir-fry, fry, or roast, making their dishes vary in texture, which can be watery, dry, or saucy.

What makes Vietnamese cuisine one of the healthiest cuisines in the world is its use of a lot of fresh vegetables and herbs, such as Vietnamese coriander, perilla, fish mint, Vietnamese balm, Thai basil, or peppermint.

They will not only use these herbs to decorate their fishes but also eat them raw to enhance the flavor of their dishes.

They use a lot of aromatic condiments like garlic, ginger, or turmeric in their dishes, especially stews, making their food more intense in flavor and a bit spicy.

Most Filipino food contains coconut milk, while Vietnamese only use this ingredient in certain dishes

The Philippines is an island country, therefore, they have great access to coconuts.

Coconut milk is widely used in most Filipino dishes, making their food have a creamy texture and fragrant flavor.

They make use of coconut flesh to braise with meat or coconut water as a beverage.

Vietnamese eat with chopsticks, while Filipinos eat with forks and spoons

Another difference between Vietnamese food and Filipino food is how they eat their food.

Chopsticks are a staple utensil in Vietnam, while in the Philippines, you are not likely to find chopsticks here but forks and spoons instead.

What are the similarities between Vietnamese food and Filipino food?

There are also some similarities between Vietnamese food and Filipino food despite many key differences that are mentioned above:

First of all, Vietnamese cuisine and Filipino cuisine are both diverse with an abundance of ingredients from different groups: meat, seafood, vegetables, and fruits.

All their ingredients are fresh and easy to find in local markets.

Rice and fish sauce play an important role in both cuisines

Another similarity between Vietnamese cuisine and Filipino cuisine is that rice and fish sauce are staples in both countries.

Rice is usually steamed or stir-fried to serve with other savory dishes, while the fish sauce is used to marinate, season, or as a dipping sauce in both cuisines.

We have given you a brief introduction to both Vietnamese and Filipino food, so it should be easy for you to decide what kind of Asian cuisine will suit your tastes the best.

In general, both cuisines are packed with flavors and fresh ingredients from all food groups.

Therefore, you can enjoy delicious dishes from Vietnam or the Philippines without sacrificing your health.