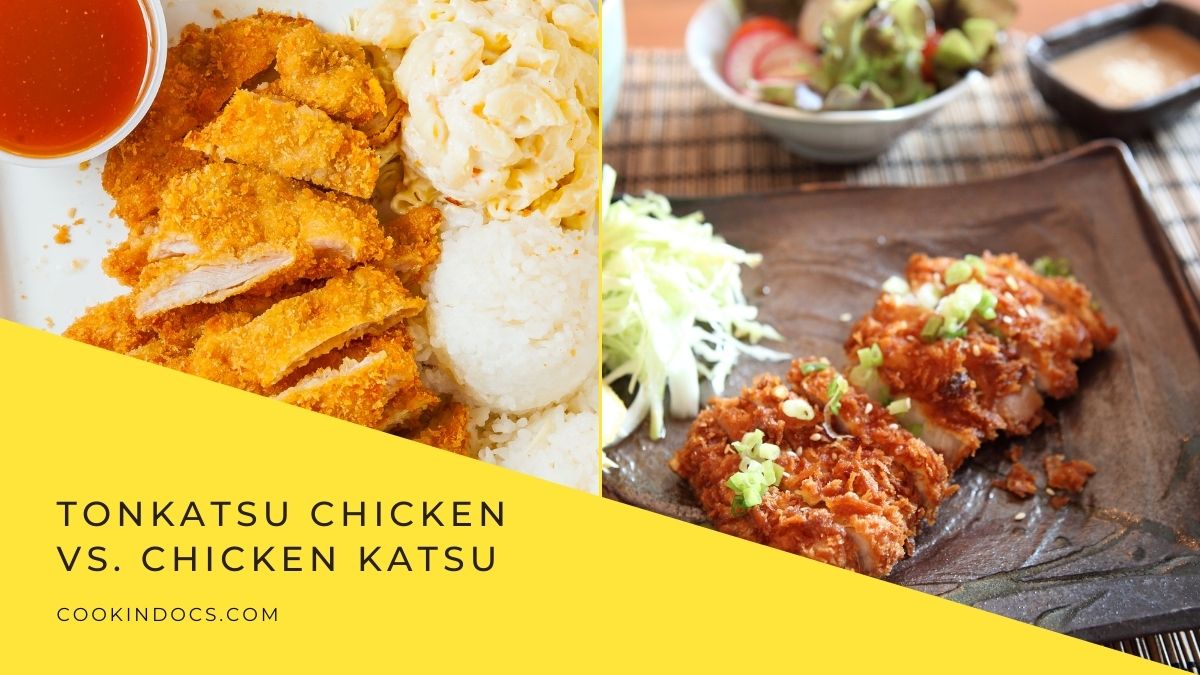 If you are a fan of Japanese food, especially fried food, then carefully read this article so that you will never order the wrong dish whenever dining out in a Japanese restaurant.

Tonkatsu is a popular Japanese dish that originated in Osaka.

It consists of breaded deep-fried pork cutlets and is served with shredded cabbage, rice, and miso soup, or a demi-glace sauce/ curry sauce.

Tonkatsu is a Japanese word, in which “ton” means pork and “katsu”, or “katsuretsu” is derived from a Fresh word côtelette, referring to meat chop or cutlet.

You can enjoy tonkatsu as a filling for sandwiches in some places in Japan.

This Japanese delicacy can be easily made at home, bought from a restaurant or supermarket across the country.

Tonkatsu is now popular in many other parts of the world outside Japan.

What is chicken katsu? 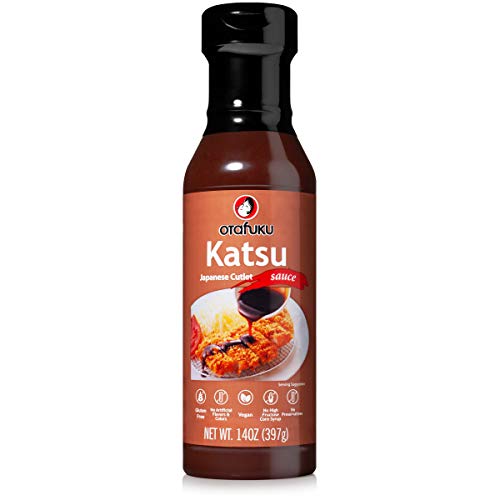 As the name implies, chicken katsu is a variation of the traditional tonkatsu dish, in which pork is substituted by chicken.

It is quite similar to Southern fried chicken in terms of appearance.

You will have a crispy crust with juicy chicken meat inside.

However, in the katsu recipe, chicken is coated with panko, a popular kind of breadcrumbs with a lighter texture used in Japanese cooking.

Chicken katsu is a healthier alternative for tonkatsu because chicken has long been known as a better type of meat compared to red meat like pork or beef.

You can make this dish from chicken breast cutlets or chicken thigh cutlets with the latter version is more flavorful and a bit fattier.

Chicken katsu is served the same way as tonkatsu.

There will be shredded cabbage with some gravy or curry sauce on the same plate with the breaded fried chicken as the main character.

What are the differences between tonkatsu vs chicken katsu?

Tonkatsu and chicken katsu are two dishes that use the same cooking technique but with different ingredients.

The comparison table below will show you how tonkatsu and chicken katsu differ from each other:

What are the similarities between tonkatsu vs chicken katsu?

Despite some key differences between tonkatsu and chicken katsu, we know that there are also numerous similarities that these two dishes share with each other:

1.Tonkatsu and chicken katsu are made the same way

First of all, the same cooking method is applied to either dish.

You should have the best meat cutlet (pork loin, chicken breast, or chicken thigh) on hand.

The cut should be medium, not too thin or thick.

Season the meat with some salt and pepper before coating it with panko so that your meat will end up more flavorful.

You can dredge the cutlet into the flour, egg, and then coat it with panko in the last step for a crunchier and thicker crust.

After that, put it in hot oil and fry until it turns brown and crispy.

2. Tonkatsu and chicken katsu are typically served with shredded cabbage and some sauce

The two dishes are served in the same way as well.

A deep-fried bread cutlet will be cut into bite sizes, placed on the plate with some shredded cabbage and some sauce, usually the sweet and sour tonkatsu sauce contained in a small bowl or drizzled over the meat.

3. Both dishes are popular in Japanese cuisine as well as worldwide

Tonkatsu and chicken katsu can be found in any Japanese restaurant or supermarket.

They are also getting more well-known in the world, from other countries in Asia as well as Europe or America.

The only difference is one features pork while the other uses chicken, which results in the difference in their taste and nutritional content.

In general, chicken katsu is healthier, but it might be less flavorful than the traditional version that is made from pork loin.

You can give both a try and decide your favorite recipe.

And don’t forget to order the right dish if you are planning to dine out in a Japanese restaurant nearby.