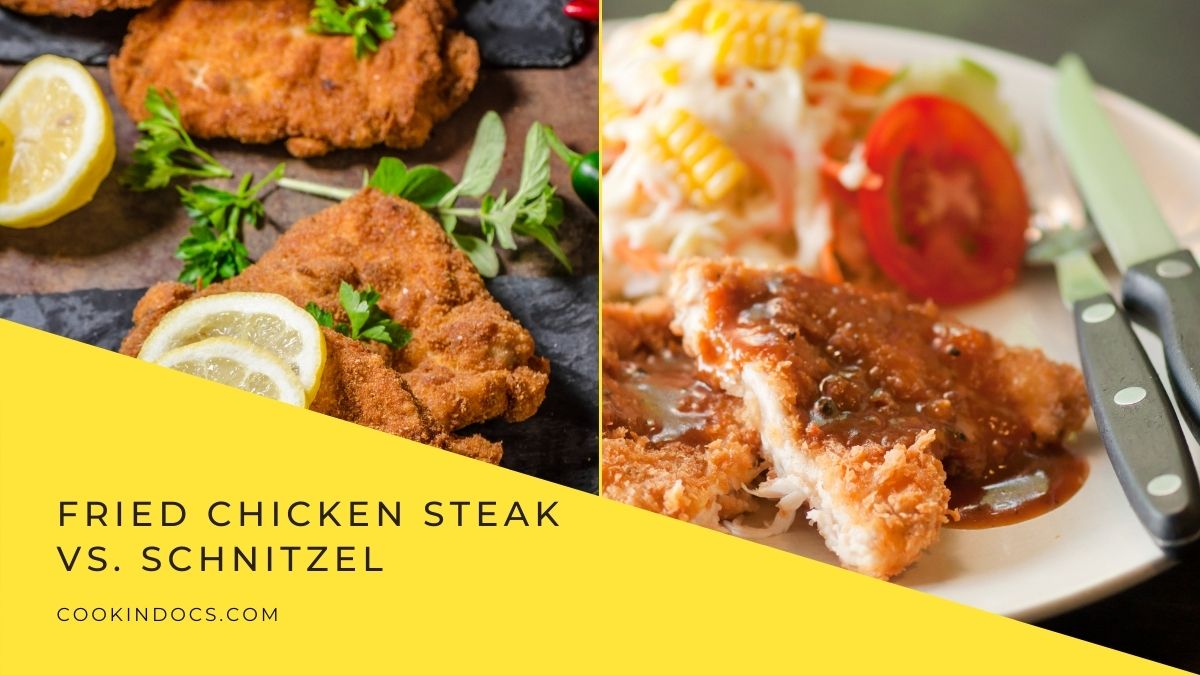 It’s always a tough choice: Schnitzel or fried chicken steak for your next meal? Both are delicious, but only one should be the ultimate champion.

Let’s take a look at these two dishes in this article and see which is right for you.

What is chicken Schnitzel? 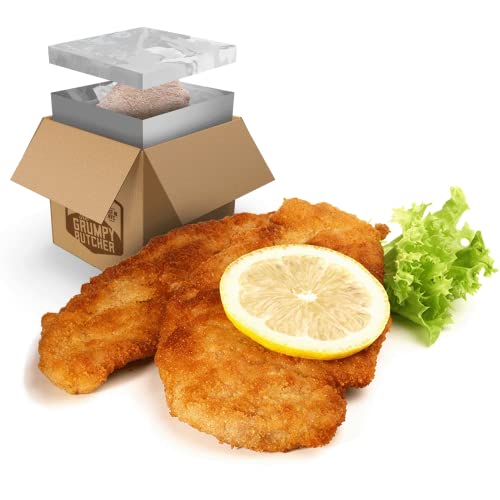 Chicken Schnitzel is a traditional German dish, which has been very popular in Austria and the rest of Central Europe for decades.

This dish is made from thin slices of breaded fried chicken breast that are served with salad, potatoes, vegetables, or rice.

However, the traditional recipe was made of veal.

Today, the term Wiener Schnitzel is a protected geography indication and must be made of veal.

The word schnitzel comes from the Middle High German verb snitzel – to cut into small pieces, referring to how thinly cut this meat is.

Chicken Schnitzel is actually a variation of the traditional dish that is made from veal.

Today, there are also many other varieties of this dish, in which the main ingredient can be turkey, pork, beef, or mutton as well.

Schnitzel exists in many parts of the world, from different cuisines from Asian, American, to Middle Eastern and Oceanian cuisine.

However, in each cuisine, the dish is called in different ways, but all refer to thin cuts of meat that are breaded and fried until crispy.

What is fried chicken steak? 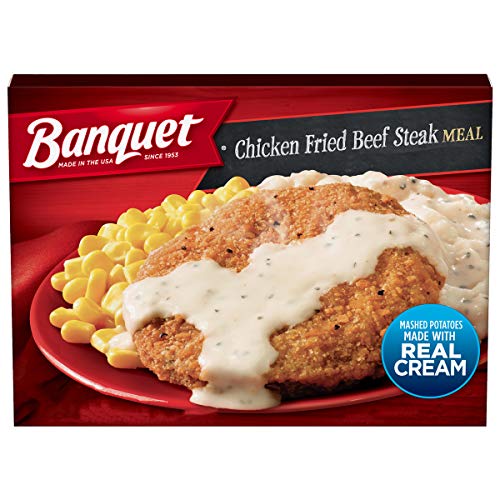 Fried chicken steak is a Southern dish that consists of battered and deep-fried pieces of meat.

Chicken is typically used in the recipe, especially chicken cutlets, but other types of protein can be substituted.

The process of cooking it will produce a crispy exterior with a moist interior.

The cooking method is very straightforward but the resulting dish can satisfy any taste bud with no need for any fancy side dishes or sauces.

What are the differences between chicken Schnitzel vs fried chicken steak?

Although Schnitzel chicken and fried chicken steak seem to be very similar, they are actually two different dishes from two regions.

The comparison table below will give you a closer look at how chicken Schnitzel differs from fried chicken steak:

What are the similarities between chicken Schnitzel vs fried chicken steak?

Despite the three main differences between chicken Schnitzel and Southern fried chicken states, these two dishes also share some similarities, as listed below:

Although chicken Schnitzel is usually pounded with a meat tenderizer or mallet while you can directly work with a chicken piece in the fried chicken steak recipe, the meat will always be breaded with seasoned flour before being deep-fried.

This also results in the same look between the two delicacies, crispy outside and juicy inside.

2. These two dishes can be served with numerous side dishes

Another similarity between Schnitzel chicken and fried chicken steak is how they can be served.

Both are great to enjoy with some classic side dishes like green or fruit salads, mashed potatoes, rice, French fries, or a simple yet tasty dipping sauce that can be either savory and creamy or spicy.

However, it will be best to accompany these two fried dishes with vegetables so that you can obtain vitamins and minerals to balance the greasy taste of these dishes.

The battle of the fried chicken steak vs.

chicken Schnitzel has never been over, but in fact, they are actually two similar dishes from two different regions.

While chicken Schnitzel can be found in most countries in Central Europe, fried chicken steak is a delicacy and classic of Southern America.

We’ve laid out all of the reasons for both dishes so that way you can get an idea as to which one would be best for your personal taste buds and lifestyle.

Which will it be? Fried chicken or schnitzel? 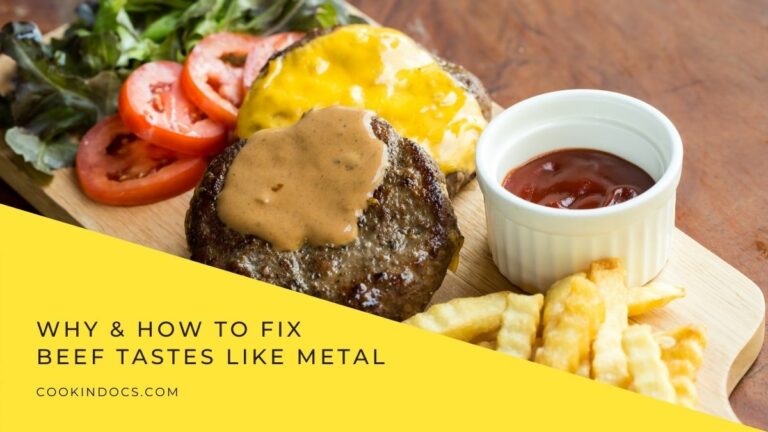 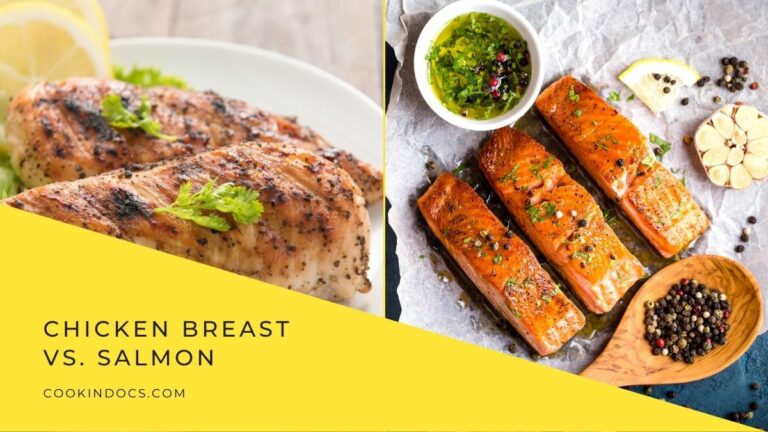 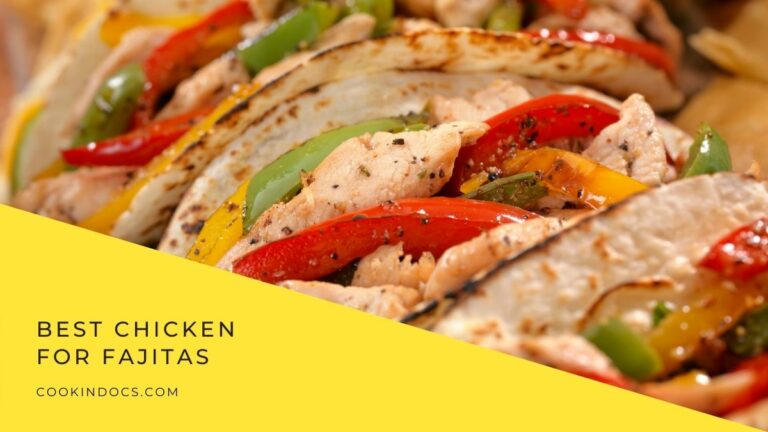 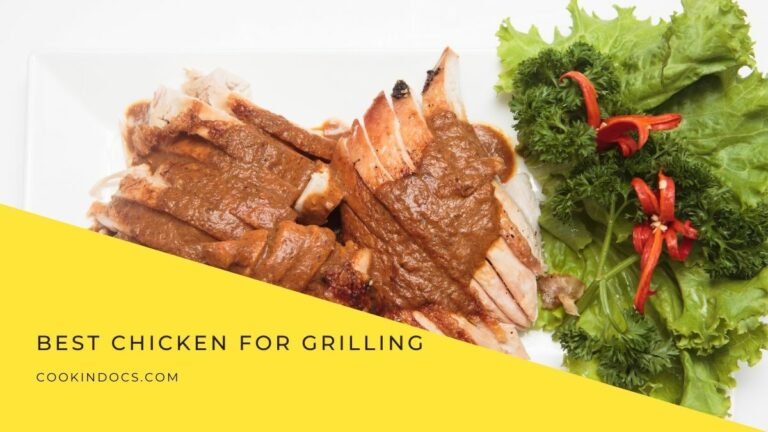