But how do these two ingredients differ from each other?

In this article, you will find some typical differences and similarities between potato starch and flour to decide which one is right for your needs.

What is special about potato starch? 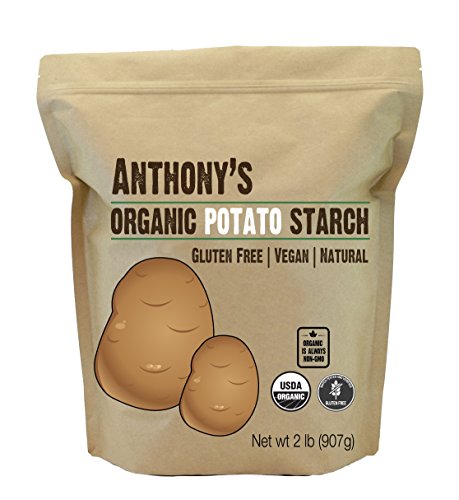 Potato starch is a common substitute for wheat-based starch or flour because it is gluten-free.

It is the starch that is extracted from potatoes, by crushing, and separating the starch grains from the destroyed cells.

Potato starch is then washed and dried to the common powder form that is sold on the market.

This kind of starch has a bright white color, which might look similar to wheat starch.

It is typically used as a thickener to thicken sauces or soups, to bind ingredients, or to add a light and fluffy texture to baked goods.

Potato starch is also harder to get lumpy when cooked.

Its neutral flavor will not affect the taste of your food, so it is a great choice if you are looking for something healthy and grain-free to substitute wheat flour.

What is special about potato flour? 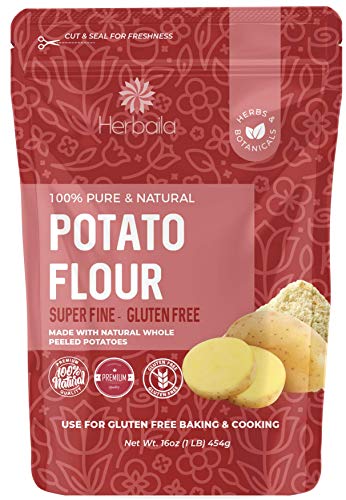 Potato flour is a type of flour that is made by grinding peeled dried potatoes into a fine powder.

Since potato flour is made from whole potatoes, it has a strong flavor of potatoes that can affect the flavor of your dishes and is rich in nutrients like potassium and vitamin B.

Potato flour has a variety of uses, from thickening soups and stews to making bread and pancakes.

This ingredient is also gluten-free, making it a good choice for people who are gluten intolerant.

What are the differences between potato starch and potato flour?

Many people often mistake potato starch with potato flour and think that they are the same things.

There are actually many differences between these two potato products, as mentioned in the table below:

What are the similarities between potato starch and potato flour?

In general, potato flour is the winner in terms of nutrient comparison.

However, in fact, potato flour and potato starch are used interchangeably in many cases.

So what do they have in common?

Potato starch and potato flour are both made from potatoes

It is obvious that potato starch and potato flour are both made from potatoes.

So when it comes to making potato starch or potato flour, the key ingredient that you have to have on hand is some potatoes.

And since they are made from the same thing, potato starch and flour have a similar flavor, although it is a very mild flavor in the starch.

Another similarity between potato starch and potato flour is that they are gluten-free.

This feature makes these two ingredients preferred by many people, especially those who are gluten intolerant.

Potato starch and potato flour are also among the most popular gluten-free substitutes for all-purpose or wheat flour, along with almond flour or cornstarch.

Potato starch and potato flour are widely used in many kitchens

The last thing in common between potato starch and potato flour is their uses in cooking.

Both are staples in many kitchens all over the world.

They are often used as a thickening agent to thicken sauces, soups, or stews.

Potato starch and potato flour are also key ingredients for many baking or deep-frying recipes.

They can be used in the same amount if you want to substitute one for the other.

However, since potato flour is stronger in flavor than potato starch, you would want to think a few seconds before using them interchangeably in any recipe.

There is actually no winner in this debate because each type of potato product is good for particular purposes.

If you need a thickener, potato starch would be the better way to go.

But if you are looking for a more versatile flour that can be used for both sweet and savory recipes, go with potato flour.

No matter what you need for your dish, potato starch and potato flour are both healthy and affordable options that should be staples in your kitchen.