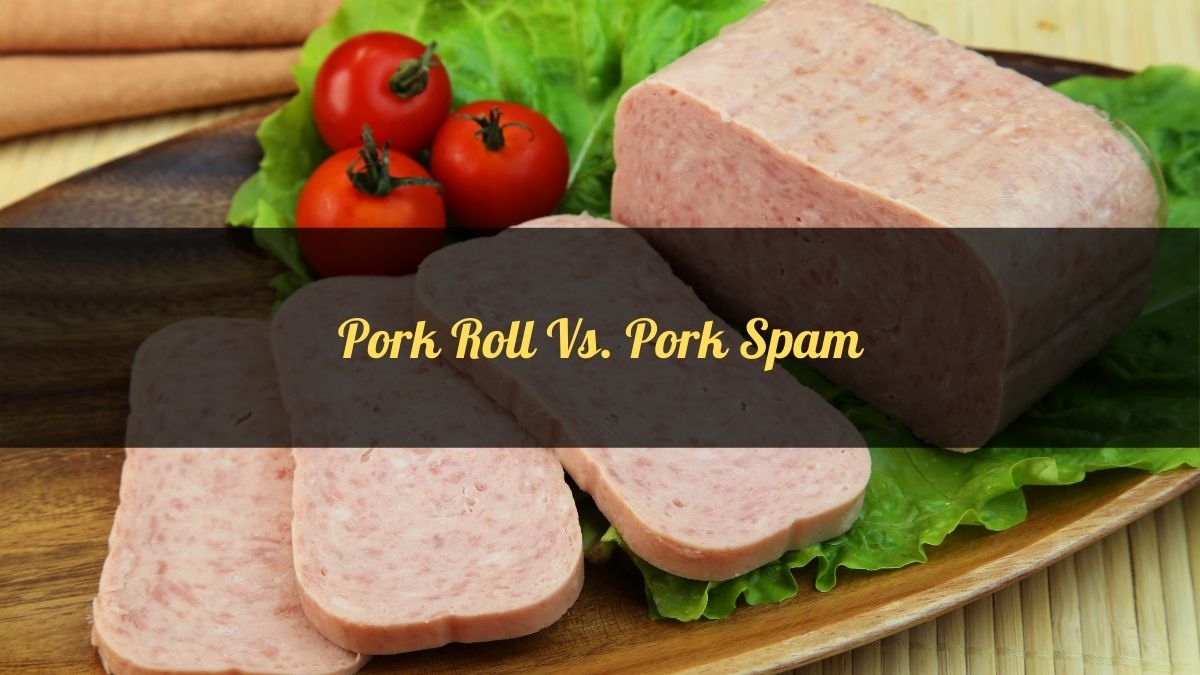 Pork roll and spam are two different types of pork products, but they have a lot in common.

If you are a housewife who cooks for the whole family and has been wondering what the difference is between spam and pork roll, or you are just simply a meat lover who wants to learn more about pork cuts and products, then this article is for you.

What is pork roll? 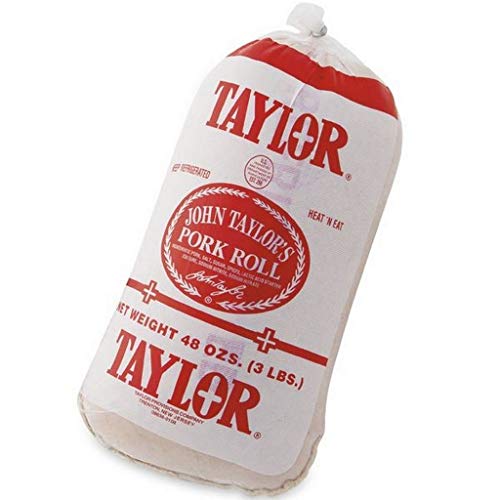 Pork roll is a type of processed meat that originated in the United States.

It has been served and consumed all over New Jersey for years and the neighboring areas.

Pork Roll is made from coarsely ground pork shoulder and salt-cured with sodium nitrate (saltpeter), which gives the meat its distinct pink color and unique flavor.

The meat itself can be cooked on a stove top like other forms of bacon, fried up as breakfast sandwiches, grilled in a pan like Canadian bacon, or served cold as part of an American sandwich platter with ham and cheese.

In New Jersey, pork roll is commonly known as Taylor ham, which is a famous brand of pork roll, and was named after the man who developed this company.

What is pork spam? 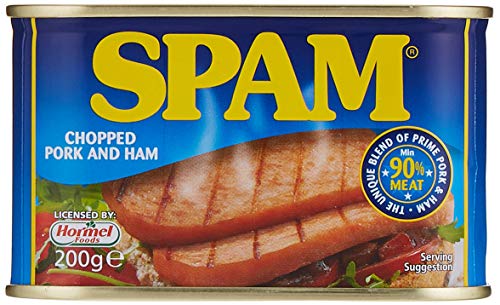 Spam is a brand of canned cooked pork product, which is very popular in the United States, United Kingdom, and South Korea.

It is made from ground pork and processed ham, combined with different spices, such as sugar, salt, potato starch, sodium nitrite, and preservatives.

The mixture is cooked, canned, and vacuum-sealed.

It is believed that spam was derived from the aggregation of “spiced ham”.

Since having processed ham as one of the main ingredients, spam tastes similar to ham, with a little salty and spicy flavor.

This meat product can be served cold right from the can or can be cooked like pan-frying before eating.

What are the differences between pork roll vs spam?

If you have two dishes of opened and sliced pork roll and spam in front of you, you might not differentiate them.

So this section will help you point of the main differences between pork roll and spam:

What are the similarities between pork roll vs spam?

Here are some of the most typical similarities between them:

1. They have a sausage-like texture

Pork roll and spam are both made from ground pork and ham, which is the same as how we make sausage.

Therefore, they all have a mushy texture.

2. They can be eaten straight from the can

Pork roll and spam are both cured and smoked before reaching customers’ hands.

That means the meat is cooked and safe for us to consume directly out of the can.

However, most people enjoy giving pork rolls and spam a slight pan-fry to result in a crispy brown outside.

3. They last longer than fresh meat if properly stored

Sodium nitrite and preservatives are meant to prevent the meat mixture from bad bacteria that spoil the product.

Therefore, canned pork rolls and spam have such a longer lifetime than fresh pork cuts.

However, once the pork roll or spam can is opened, you need to transfer the leftover to another airtight container and store it in the fridge or freezer.

Spam and pork roll are different and similar to some extent, but they both taste great.

As mentioned earlier, both spam and pork roll comes from the same type of meat that is cooked with salt water to reduce its moisture content- this cuts down on cooking time.

Both can be used as breakfast food such as eggs or bacon, lunch dishes like sandwiches or tacos, dinner entrées including stir-fry and pasta sauces, appetizers for parties, and snacks when you need something quick.

Depending on your preference, one may taste better than the other.

If you are a busy person, then it would be wise to stock up on both in your fridge and kitchen countertop so everyone gets what they want in minutes.

However, keep in mind that processed food is not likely to be a healthy option, so don’t take them as your every-day-food.