Choosing the right ingredient is essential to making the best dish.

When it comes to peppers, pimiento and bell peppers are two types that can mislead you.

So how different are they and why one might be better for some dishes than the other?

What is special about pimiento? 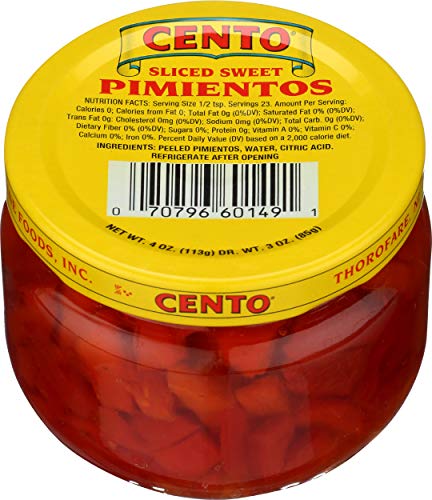 Pimiento, or pimento, is a type of chili pepper that is typically used in Spanish cuisine.

In Spanish, it even refers to any kind of pepper.

However, in some English-speaking countries, pimiento is often referred to as a large and red variety of chili peppers with a sweet and spicy flavor, but milder than other chili peppers.

They can also come in different colors, like yellow or green (when unripe), but mostly red.

Pimento can be used fresh as a spice to flavor numerous dishes or pickled for an extra sour flavor.

Therefore, you can find either fresh pimiento or jars of pickled pimiento sold in many grocery stores or supermarkets across the country.

What is special about bell peppers?

Bell peppers, also known as sweet peppers, are a type of pepper that comes in different colors, like red, yellow, orange, or green in color.

Bell peppers are also reputed for being rich in vitamin A and C, as well as other antioxidants and dietary fiber.

They can be used in plenty of recipes like baking, sauteing, or grilling to add color, flavor, and nutrition.

Bell peppers can be even eaten raw in numerous salads because they don’t have a spicy taste, but are mildly sweet and tangy.

What are the differences between pimiento and bell peppers?

A lot of people think that pimiento and bell peppers are the same thing.

In fact, there are some key differences between pimiento and bell peppers that help you distinguish between these two kinds of peppers:

What are the similarities between pimiento and bell peppers?

Despite many differences between pimiento and bell peppers, these pepper varieties also have some features in common, as listed below:

Pimiento and bell peppers have the same appearances

Pimiento and bell peppers are peppers with a larger size than other types of chili peppers.

They often have green color when unripe and turn red when mature.

Bell peppers are generally larger than pimiento, but they both have a succulent, fleshy texture, and bright red color.

Another thing in common between pimiento and bell peppers is that they have a sweeter taste than most types of peppers.

When it comes to peppers, we often think about the spicy kick of them that can burn  your tongue.

Although pimiento is a bit spicier than bell peppers, both are likely to be sweeter than other common types of small chili peppers that are widely used in Indian or Mexican cuisine.

Therefore, they seem to be preferred by more people.

Pimiento and bell peppers are rich in essential nutrients

The last thing in common between pimiento and bell peppers is that they are packed with plenty of nutrients.

Both are rich sources of vitamin A, vitamin C, vitamin K, folate, while being low in calories.

Basically, pimiento and bell peppers are good for your general health, so be sure to add them to your diet for a healthier lifestyle.

In conclusion, pimiento peppers are a variety of chili peppers, so they come with a spicier flavor than bell peppers.

Bell peppers are a little more versatile because they have a sweet and tangy taste without any spiciness, so they can be used in a variety of recipes.

Therefore, before choosing between pimiento and bell peppers, you should know what the recipe needs to have an unforgettable dish instead of something that gets thrown in the trash.