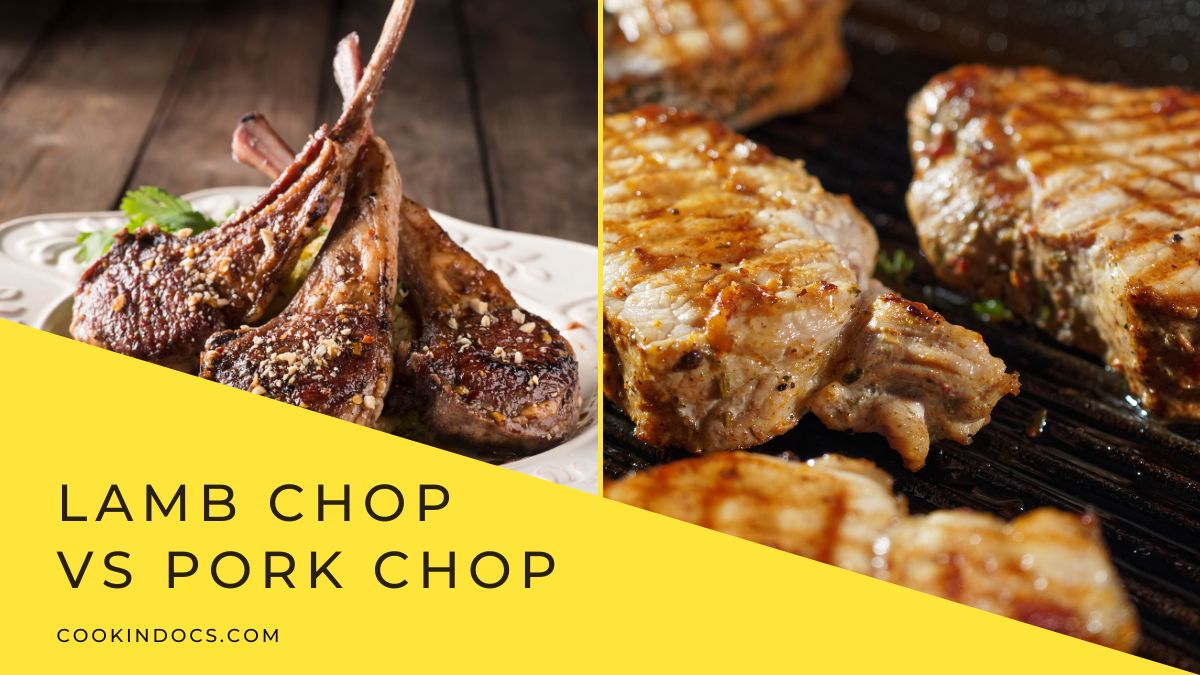 There is a lot of confusion about pork chops and lamb chops and many people think that they are the same.

Is one better for you than the other?

The answer might surprise you, so read on to explore the two cuts more in-depth to find out which of these chops best suits your needs.

What are lamb chops? 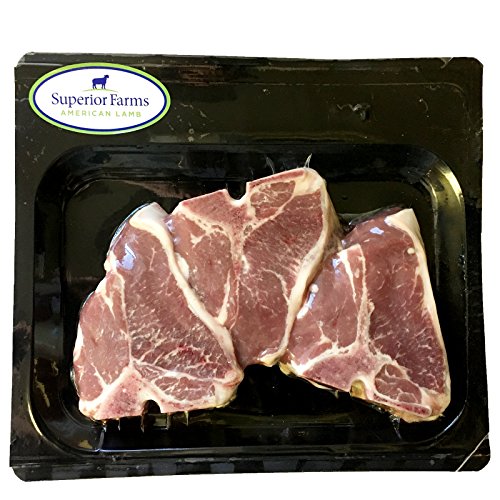 Lamb chops are a type of meat that comes from young sheep, normally less than one year old.

It’s typically bone-in, cut off either the shoulder, loin, sirloin, or rib of the sheep.

The taste and texture of lamb chops will vary depending on where the cut comes from but it’s typically considered to be tender when cooked properly, as well as loaded with flavor thanks to its higher fat content.

Lamb chops are also known as cutlets, which are the most expensive cuts of lamb, but they are worth the price.

They can be cooked in many ways, but mostly be grilled or fried in butter individually, then seasoned with salt and pepper.

Lamb chops are usually cooked for a short time, usually less than 10 minutes depending on thickness.

When the number of lamb chops is not divided and packed together, then cooked as a whole, they are called a rack of lamb.

What are pork chops?

Pork chops are a cut of meat from the center of the pig.

A pork chop can be made from any part of the pig, but mostly come from the primal loin, which is located between the shoulder and foreleg.

Pork chops vary in thickness depending on how much fat they have – with some being as thin as 1/4 inch to 3/4 inch thick.

Pork chop includes a large eye of lean loin meat and a T-shaped bone running along one side with a layer of fat outside.

The most common type of pork chop is one that has been breaded and pan-fried or grilled.

This dish can be served with a variety of sides including potatoes, vegetables, rice, pasta dishes like spaghetti Bolognese or macaroni and cheese, or other types of sauces such as gravy or cream sauce.

What are the differences between lamb chops vs pork chops?

When it comes to the differences between lamb chops and the pork counterparts, there are many things to tell.

Let’s look at the table below for more details:

What are the similarities between lamb chops vs pork chops?

However, they do share some similarities, which makes it hard for many people to differentiate them at the first glance or without giving them a taste.

1. Lamb chops and pork chops have the same look

Although lamb chops are usually cut from either the shoulder, loin, sirloin, or rib section of a sheep, while pork chops mostly come from the loin, they all include a large eye of meat and a T-shaped bone.

If you have never eaten one of them, you might mistake these two cuts.

2. Lamb chops and pork chops are a rich source of protein

These two meat cuts typically contain lean meat and less fat, which turns out to be a rich source of protein.

Due to this fact, both lamb chops and pork chops are ideal for a healthy low-fat diet.

The cooking methods involving these two ingredients usually just call for a bit of olive oil to pan-fried in a short time, so it is still a healthy option in general.

3. They can be cooked the same way

Pork chops or lamb chops are usually grilled or pan-fried.

If you don’t really care about the different tastes between them, you can use these two meat cuts interchangeably.

You may be asking yourself, “Which one is better?” The answer will actually depend on your taste bud’s preference.

In our opinion, both are delicious and have their own specific benefits.

If we had to pick one over the other it would be hard because they taste so different from each other.

We could see how someone who prefers pork may not enjoy lamb as much but vice versa isn’t necessarily true either.