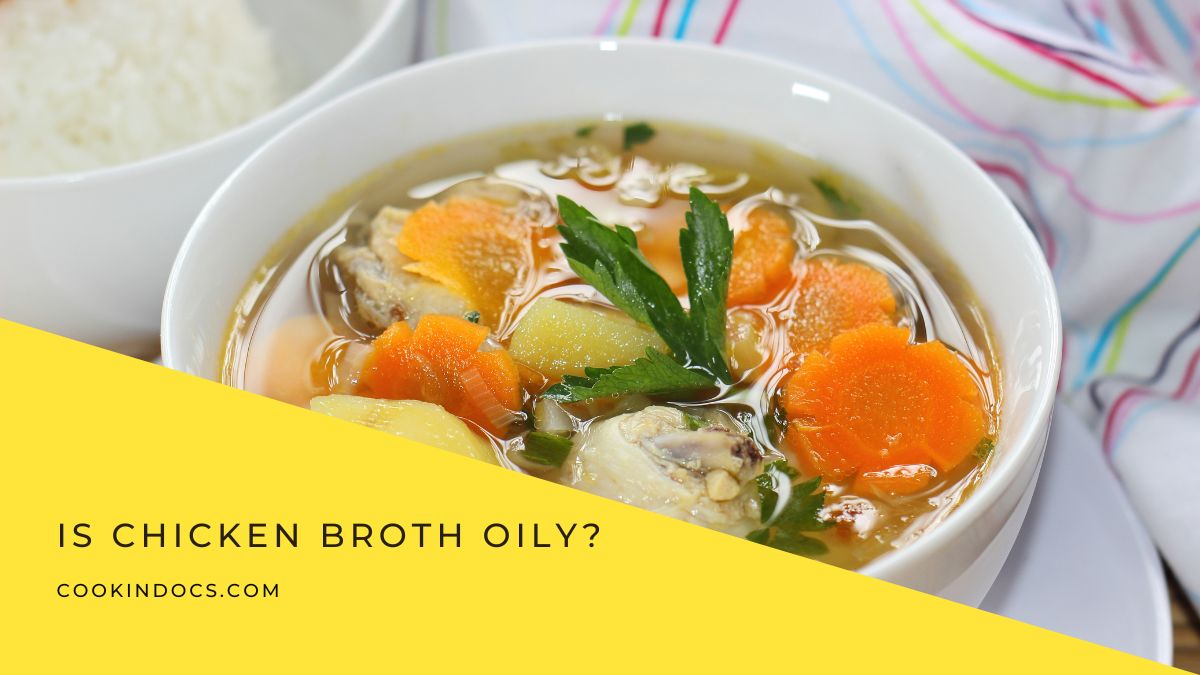 There are a lot of questions about the fat content in chicken broth.

In this guide, we’ll answer all of those questions and more.

We’ll tell you how much fat is in a cup of chicken broth, why your chicken broth may be greasy, and what to do if you’re trying to get rid of excess oil from your homemade recipe.

Chicken broth is a liquid made from chicken meat, water, and herbs.

It’s used as the base for soups, stews, sauces, gravies, and casseroles.

You can also use it in place of water in any recipe that calls for water, such as cooking rice, making pot pies, and so on.

The fat content of chicken broth can vary depending on what ingredients are added to it.

But yes, chicken broth is oily.

This means you cannot end up with a pure chicken broth that is so clear and has no fat in it.

For example, if you use more skin when making your broth, then the resulting liquid will be more oily than if you don’t use any skin at all.

Moreover, some chickens are fattier than others themselves, so you should be wise in the selection process.

Another factor that affects how oily your broth will be is whether or not you add any additional oils or fats to it when cooking (like vegetable oil, olive oil, or lard).

Why is my chicken broth greasy? 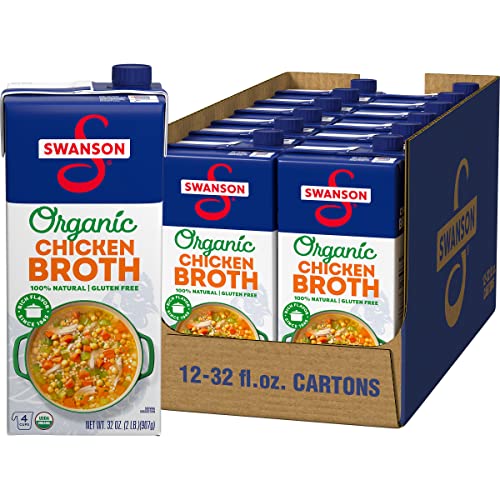 As already mentioned, it is normal for your chicken broth to be greasy or oily.

If you buy a broth that is so clear, chances are its fat has been removed from the liquid.

First of all, it’s important to remember that any type of fat in foods can cause an oily sheen if left out long enough.

That said, chicken broth is made by simmering all the ingredients for hours, so it is easy to understand why it ends up with an oily surface.

The meat, skin, and marrow from the bones can release fat into the water as they break down, creating a rich broth.

Normally, the fat in chicken broth doesn’t taste greasy or makes it hard to eat.

However, if the chicken used to make the broth was extremely fat, then the resulting liquid might be more oily than usual, urging you to skim off the fat before using it in recipes.

How much fat is in a cup of chicken broth?

Chicken broth is generally lower in fat compared to beef broth or pork broth, and that’s why it is considered a healthier alternative to red meat broth.

Typically, 1 cup of chicken broth has 1 gram of fat, and most of it is unsaturated fat.

That’s a negligible amount of fat for most people eating it as part of a balanced diet, but it’s worth noting that when you eat lots of things like this over time, it can add up to more than you’d expect at first glance.

It also contains some omega-3 fatty acids—but not nearly as many as you’d get by eating cold-water fish instead!

How do you get oil out of chicken broth?

Although the fat from the chicken broth is relatively healthy and not that much, some people still enjoy removing it from the broth.

You can remove the oil by using a paper towel, baster, and strainer.

To start, soak up the excess oil with a paper towel.

This is an easy way to clean up most of it before you use more intensive methods.

A strainer or colander can also help remove excess fat from your chicken broth if it’s been sitting in one place long enough for some oils to rise towards the top (not unlike how oil floats over water).

You can chill the broth so that it will be easier to take the fat surface out with just a spoon.

Other simple tips to reduce the fat amount in your chicken broth right from when cooking it is to add more water or use onion in the recipe.

By doing this, you can easily end up with a clearer liquid with a little fat in it to add more flavor; no further task is required.

So there you have it! Chicken broth is oily but in a healthy way.

You can get your daily dose of protein and minerals from chicken broth.

It is generally flavorful and nutritious, which can explain why chicken broth has been used as an ingredient in a variety of dishes.

We have also mentioned several ways to help you eliminate the extreme fat in your broth if you don’t want to serve it.

So go on and do these tips, and you will feel thankful!