It seems like Filipino food and Mexican food are two completely different cultures, from their ingredients, cooking methods, or the taste of their dishes.

However, you might also be surprised that both cuisines have some similarities in spite of being from two entirely separate regions of the world.

Keep reading and find out some interesting facts about Filipino and Mexican cuisines. 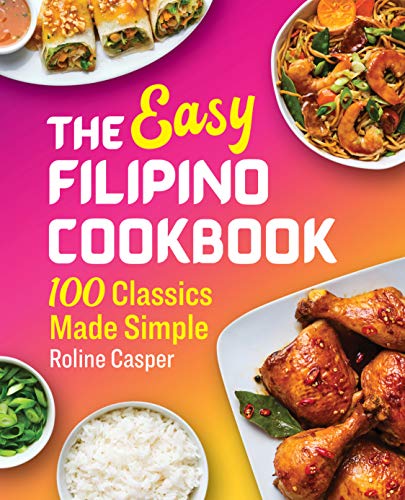 Filipino cuisine has been influenced by many cultures, from Asian cuisines like Indian, Chinese, or Malaysian, as well as the one from another continent like Spanish cuisine due to the long period of time being colonized by this European country.

Filipino food is known for its bold flavor, sweetness, and sourness.

There are many dishes that use a sweet-savory combination.

The most well-known dish is adobo which uses vinegar to balance out the flavors of the meat and vegetables.

You can also have chicken kare-kare which consists of chicken stewed for hours until they are tender, pancit noodles, lumpia (spring rolls), lechon (roasted whole pig), or kinilaw na tuna salad.

Filipino cuisine also has a lot of seafood preparations that utilize cooking techniques like frying, grilling, or boiling in soup.

Most Filipinos eat rice with every meal as it’s such an important part of their culture.

Vinegar and coconut milk are two popular ingredients to provide Filipino food with a special taste.

What is special about Mexican food? 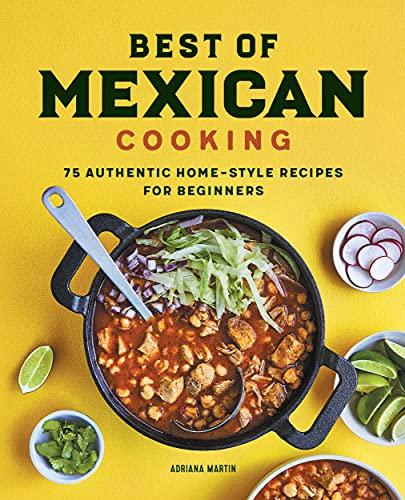 Mexican food is one of the most popular cuisines in the world and in America.

It has traditionally been centered around corn, beans, avocado, tomatoes, and chilies.

Mexican cuisine also incorporates spices such as cumin, coriander, cinnamon, cloves, garlic, and onion to add flavor to their dishes.

Mexican cooking always calls for fresh ingredients with cooking methods like grilling or stewing, making their food not only tasty but also healthy.

The meals are nearly always accompanied by corn tortillas.

Corn is the main crop and can be found anywhere in Mexico.

This affordable and simple ingredient is turned into numerous mouth-watering dishes by the hands of indigenous people.

What are the differences between Mexican food and Filipino food?

Mexican food and Filipino food are two different cuisines with different characteristics, as listed below:

Mexican food is known for its use of hot chili pepper in many dishes.

Filipino cooking, on the other hand, tends to use more garlic and ginger, which is also pungent but less overpowering than chili pepper.

As already mentioned, corn is everywhere in Mexico.

Corn tortillas are a traditional and most popular kind of food in Mexican cuisine.

They serve corn tortillas in every meal to eat with other savory dishes, including soups and salads that can be vegan or meat-based.

Meanwhile, rice is a staple in Filipino cuisine instead.

Another difference between Filipino food and Mexican food is that the first cuisine uses a lot of coconut milk in their cooking whereas the second features dairy products, such as butter, milk, and cheese.

The Philippines have a tropical climate which is perfect for coconuts to grow.

Therefore, no wonder why coconut milk is widely used in this country.

The last thing that sets Mexican cuisine apart from Filipino cuisine is that Mexicans tend to use tomatoes and citrus fruits like lime and lemon to give their dishes a sour taste.

On the other hand, vinegar is a staple condiment in Filipino cuisine because it doesn’t only provide sourness but also acts as a safe preservative.

Food is easy to get spoiled in tropical regions, so no wonder why vinegar is widely used across the Philippines.

What are the similarities between Mexican food and Filipino food?

Despite many key differences between Latin cuisine and Asian cuisine, they do share several similarities.

Check below and see what you can find in Mexican cuisine and Filipino cuisine:

Both cuisines make use of fresh ingredients from different food groups

When it comes to Mexican food or Filipino food, one thing in common is that they are very different from American cuisine, where canned food is a staple in any kitchen.

Mexicans and Filipinos all use fresh and seasonal ingredients that can be found in their homelands so the food always tastes natural and fresh.

Mexican and Filipino food is packed with many flavors

Another similarity between Mexican cuisine and Filipino cuisine is that their dishes are very flavorful.

Although each dish from each cuisine tastes different from each other, both cuisines use various spices and herbs to add flavor to their food.

The two cuisines share their popular cooking techniques, including stewing and grilling.

Slow-cooking red meat will help tenderize the meat that can even melt in your mouth.

Their dishes are usually served with some juices from the meat or vegetables produced while cooking.

In the end, you might be able to cut down on your foodie adventures by trying both cuisines and deciding for yourself which one is better.

Mexican food and Filipino food, in general, are healthy, tasty, and worth trying.

Which Cuisine Is Better: Cuban Or Mexican?

What Is The Difference Between Real Mexican Food And American-mexican Food? – Find Out Here!

Vietnamese Food Vs. Mexican Food: Which One Is Healthier?

How Does Taco Bell Food Compare to Authentic Mexican Cuisine?

Portuguese Food Vs. Mexican Food: What Are The Differences?