Have you ever wondered what the difference is between cucumbers and pickles?

If you have been curious about this age-old question, read on to find out!

What is special about cucumbers? 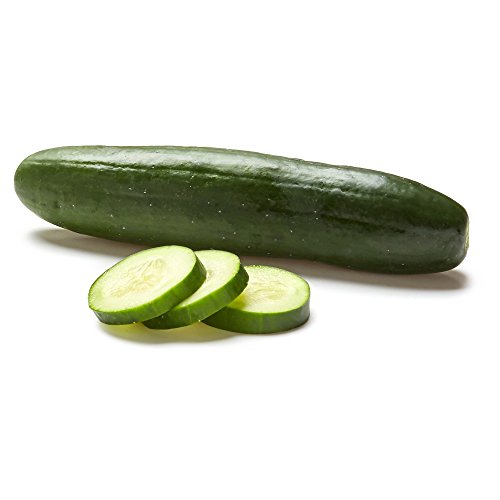 Cucumbers are a type of fruit from the plant that belongs to the Cucurbitaceae family.

Cucumbers have a cylincial and long shape with dark green skin and light green flesh.

In fact, their use in cooking makes them classified as a vegetable too.

They are known for their fresh, crisp taste and hydrating properties, making them perfect for eating raw as a snack or adding to salads.

Cucumbers are also a good source of vitamin A and C, as well as potassium and fiber.

They can be pickled too, and we will figure out what pickles are in the next part.

What is special about pickles? 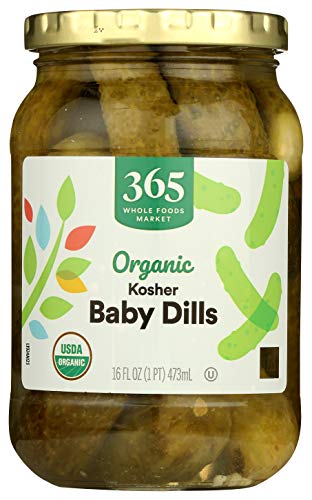 There are actually many different types of veggies that can be pickled like cabbage, lettuce, or onions, but the term “pickles” is usually used to refer to dill pickle, or actually pickles that are made from cucumbers.

Pickles are those cucumbers that are sealed in a jar of water and vinegar.

Cucumbers can be left whole with their skin intact, or sliced before being preserved in a brine solution that is normally made of salt, water, vinegar, and sugar.

This process gives cucumbers a sour and salty taste, yellow color, and a longer shelf life than fresh cucumbers without needing to be stored in the fridge.

Pickles are versatile because they can be served as a side dish to offset the rich and savory taste of any meat-based main course, or they can be used as an ingredient for sandwiches and burgers.

What are the differences between cucumbers and pickles?

But they actually have many differences, as divided into numerous criteria in the table below:

What are the similarities between cucumbers and pickles?

Although the brining process makes pickles very different from cucumbers to some extent, these two ingredients are still similar in numerous ways:

Cucumbers and pickles have a crunchy texture

Cucumbers are reputed for being very crunchy.

When pickling cucumbers, the crispy texture remains, and you can still enjoy the satisfying crunchiness of this fruit.

Cucumbers and pickles have the same nutrient properties

Another thing in common between cucumbers and pickles is their nutrient value.

Soaking cucumbers in a brine solution doesn’t take the nutrients away.

Therefore, both cucumbers and pickles are rich in vitamin C, Vitamin B1, vitamin K, and minerals like copper, potassium, manganese, phosphorus, and magnesium.

However, due to the addition of sugar and salt, pickles are less healthy with a higher amount of sodium and sugar.

Cucumbers and pickles can be served the same way

Cucumbers and pickles can be used the same way, as part of a meal or part of a dish.

For example, you can enjoy them directly as an on-the-go snack or side dish.

Otherwise, slice your fresh cucumbers or pickles and add them to a sandwich, burger, or salad.

Cucumbers and pickles are widely sold on the market

Last but not least, it is very easy to find cucumbers and pickles on the market, no matter what the season of the year is.

Both can be found anywhere in the world at a very reasonable price.

You can make your own dill pickles, otherwise, this item is widely sold in any grocery store or supermarket, often in a glass jar.

Cucumbers and pickles are obviously two different things because one is raw and fresh while the other has been “cooked” by the brine.

The difference in the process of making pickles results in other differences in the texture, flavor, shelf life, and nutritional value of this fruit.

So it all depends on your preference and purpose to opt for cucumbers or pickles.