Chinese food and Japanese food are two very different types of cuisine although they all come from Asia.

The dishes themselves, the spices used in each dish, even the way they are eaten differ.

In this article, these differences will be broken into pieces so that you will have a better knowledge about these two Asian cuisines and can choose which one you prefer. 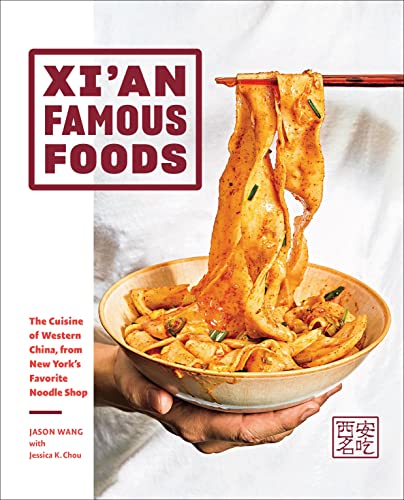 Chinese food has been around for centuries.

The people of China have been cooking up delicious dishes and sharing them with their neighbors, friends, and family members.

There are so many types of cuisines from different regions in this country to suit every taste bud.

Chinese dishes are full of flavor and packed with nutrition.

They use a lot of herbs and spices to season their dishes, therefore, the resulting food does not only have an intense flavor that blows in your mouth but also is colorful.

Whether you prefer the spicy, sweet, or salty flavor, Chinese food has it all.

Rice and soy-based ingredients are some of the staples in Chinese cuisine that have been used for thousands of years.

There is no shortage of delicious food like stir-fries, noodles, dumplings, rice bowls, soups, or even desserts on the menu, all made using fresh and seasonal ingredients.

What is special about Japanese food?

Japanese food is one of the most popular cuisines in the world.

There are so many types of Japanese dishes to choose from, and they all have their own unique flavors that will satisfy your taste buds.

Many people enjoy sushi because it tastes so fresh, but if you don’t like raw fish there are other options such as ramen or tempura.

If you want something sweet then try a dorayaki pancake- it’s filled with red bean paste on one side and whipped cream on the other.

The possibilities for this cuisine are endless, but one thing in common is that the Japanese really focus on the quality of their ingredients.

Japanese cuisine is more than just eating, it is also about socializing and communicating.

They not only care about the origin and quality of their ingredients but also pay attention to the visual presentation of their dishes.

Japanese food is especially known for its unique umami taste which sets them apart from any cuisine in the world.

What are the differences between Chinese food and Japanese food?

Chinese food and Japanese food, two of the most famous cuisines in Asia and in the world, are different in many ways.

They have different country origins

It is the gathering of different regions’ cuisines throughout the country, but basically, these cuisines all use some Chinese traditional ingredients like tofu, soy sauce, and rice.

This difference seems to be very obvious, but it is actually the origin of many other differences in Chinese food and Japanese food as listed below.

In some regions of China, like Szechuan you can find that their food is extremely hot and spicy.

Chinese food, in general, also uses a lot of sugar, giving it a sweeter taste than Japanese dishes.

On the other hand, Japanese food is known for its special umami flavor, which will linger on your palate.

This is a distinct taste from saltiness, sweetness, spiciness, sourness, or bitterness, it is something different that you can feel when eating kimchi, fresh and raw seafood, soy foods, and green tea.

The land of the rising sun is known for its premium cuisine, which means they really focus on their ingredients’ quality.

All are fresh and need to meet some strict standards.

For example, Kobe beef, which is one of the most luxurious and delicious beef in the world, is raised in Japan.

Sushi and sashimi also require to be extremely fresh because consuming raw but stale fish and meat will be a disaster.

Another difference that can be easily recognized between Chinese food and Japanese food is that the Chinese food is usually simply served in large bowls and dishes to share between family members.

Meanwhile, Japanese cooks also focus on the visual look of their dishes, which should be professional but elegant.

What are the similarities between Chinese food and Japanese food?

Chinese food and Japanese food also share some similarities, which will be mentioned right below:

Rice and soy sauce are staples in both countries

Rice and soy sauce are two staples in both Chinese cuisine and Japanese cuisine.

Rice can be served in a large bowl to eat with other savory dishes or as part of a dish like in sushi in Japan or stir-fried rice in China.

They all use fresh ingredients rather than processed food

Unlike many Western cuisines, the Japanese and Chinese don’t prefer using canned food or any kind of processed food like ham, bacon, or dairy products.

They love fresh ingredients, including meat, seafood, vegetables, or even spices.

In this article, we have learned about the differences and similarities between Chinese and Japanese food.

The differences between Chinese and Japanese dishes are vast, but both types of cuisine are just as delicious in their own right.

We hope that with this information, you can make a more educated decision on what type of cuisine to consume! Which Asian food is your favorite? Let us know in the comments below.