Do you love chicken but have a hard time deciding between chicken souvlaki and chicken gyro?

In this article, we will break down the difference in the ingredients as well as cooking techniques to make chicken souvlaki and chicken gyro so that you can choose which dish is best for your taste buds.

What is chicken souvlaki? 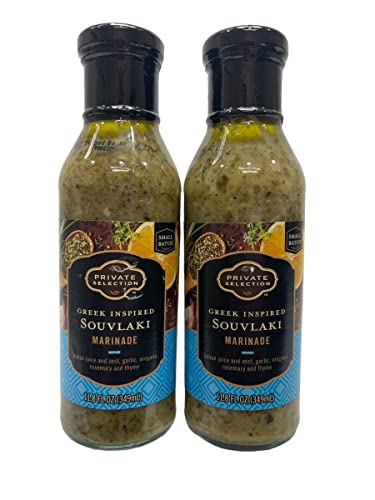 Chicken souvlaki is a Greek dish consisting of grilled pieces of chicken on a skewer with vegetables or cheese wrapped in pita bread along with tzatziki sauce on the side for dipping.

Chicken souvlaki can be made from either white meat chicken breast or chicken thighs, but any cut of other meat like pork, lamb, or beef can be substituted as long as it has been pounded thin enough so that it cooks quickly on the grill.

The meat is traditionally marinated with olive oil, lemon juice, garlic, salt, pepper, and oregano before being grilled.

These spices and ingredients are all staples in Greek cuisine in particular and in Mediterranean cuisine in general.

You can also find chicken souvlaki or other variants like pork and beef souvlaki in other countries in the Mediterranean alike.

Common vegetables that are served in the kebab chicken souvlaki are tomatoes, onions, peppers, and mushrooms, which are loaded with many vitamins and minerals as well as add texture and vibrant presentation to the dish.

What is chicken gyro? 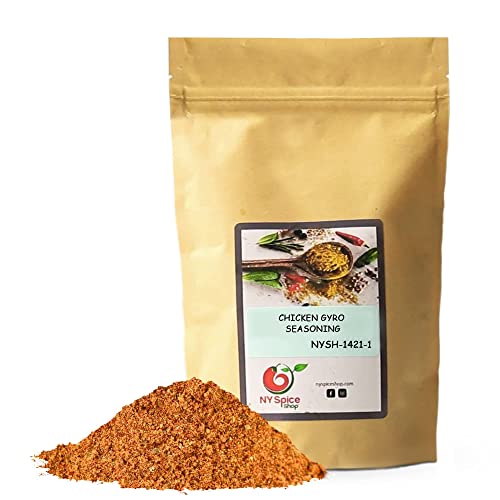 Chicken gyro is another popular fast food that originated in Greek cuisine.

Basically, it is served the same way as chicken souvlaki, being wrapped in pita bread with other vegetables like tomato, lettuce, onion, or bell pepper.

Therefore, this dish can be commonly found on the streets of Greece as a delicious and healthy fast-food option rather than being made at home.

Other variants like pork and beef gyro seem to be more popular because they will make use of a big cut of beef or pork so that the meat is juicier.

What are the differences between chicken gyro vs chicken souvlaki?

There are some differences between these two dishes that you should take a look at so that you can order the right one when dining out.

What are the similarities between chicken gyro vs chicken souvlaki?

Besides the key differences that are mentioned in the above comparison table, chicken gyro and chicken souvlaki are similar in some ways as well:

Both dishes are popular dishes in Greek cuisine.

They feature some Greek staples, from the chicken meat to the marinade like olive oil, yogurt, lemon juice, garlic, and the grilling cooking method.

They are some of the must-try dishes if you have a chance to visit Greece or any other country in the Mediterranean.

2. Chicken gyro and chicken souvlaki are served the same way

Another thing in common between the two dishes is that they are served the same way.

Chicken gyro and chicken souvlaki are typically served as an ingredient in Greek kebabs rather than being consumed alone as the main course.

Chicken gyro and chicken souvlaki are wrapped inside a pita bread with other ingredients like tomatoes, lettuce, cucumber, bell pepper, and any kind of sauce like tomato-cucumber relish, Greek yogurt dressing, or tzatziki sauce.

3. Chicken gyro and chicken souvlaki are healthy and delicious

Mediterranean food or Greek food is reputed for being one of the healthiest cuisines in the world.

Chicken gyro and chicken souvlaki are no exception.

They are made by roasting or grilling, which doesn’t add any fat to the meat.

The ingredients that are served with chicken gyro or souvlaki are healthy too, with a lot of fresh vegetables and Greek yogurt without being bland.

Chicken souvlaki and chicken gyro are two different Greek dishes that typically come with a lot of similarities.

You also need to take into account what you like about each dish so that you can pick your favorite.

For example, if you prefer savory flavors over sweet ones then go ahead and choose chicken souvlaki because this Greek specialty has more lemon juice than its counterpart.

However, if sweet tastes are what excite your taste buds then opt for the classic dish, chicken gyro! Either way, we know that both will be delicious. 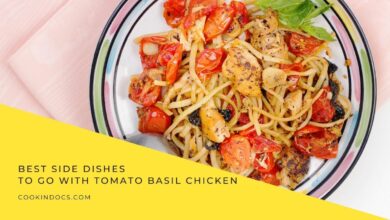 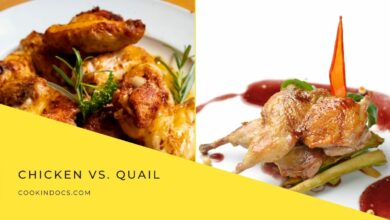 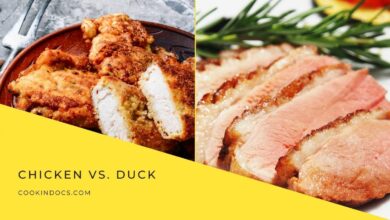 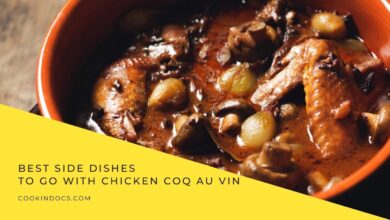 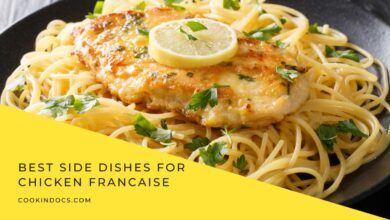 8 Easy Side Dishes To Spice Up Your Chicken French 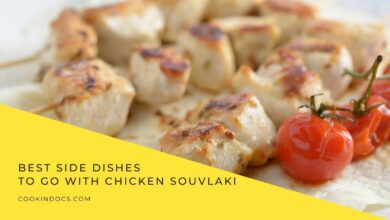 4 Side Dishes For Chicken Souvlaki: Healthy And Delicious