Celery is a wondrous vegetable that can be used in countless ways.

Whether you’re looking for a fresh snack, or whether you want to add something savory to your favorite dish, celery is just what you need.

But with so many different types of celery products out there, how do you know which one is right for you? If you’re interested in learning more about celery powder vs celery salt, then this article is for you! 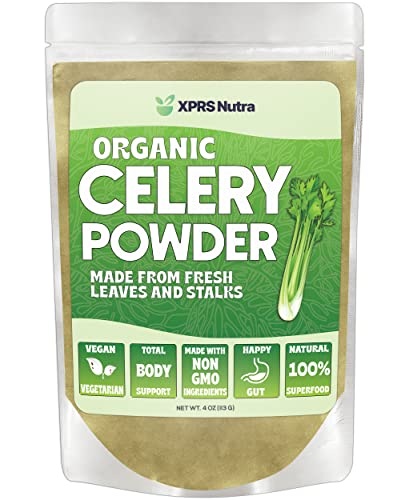 Celery powder is made from celery that has been dried and ground into a fine powder.

It’s one of the most versatile seasonings you can have in your pantry.

It adds a delicate, yet distinct flavor to meat rubs, soups, salads and stews.

You can also use it as a substitute for salt in recipes where you want to retain the salty taste but eliminate some of the sodium content from your food.

The health benefits associated with celery are well known by now: it’s high in potassium (one cup contains 741 mg) and vitamin K (one cup contains over 300% RDV), both of which are important minerals for heart health; it also contains antioxidants such as quercetin that may help reduce inflammation related to certain diseases like arthritis or asthma when consumed regularly over time. 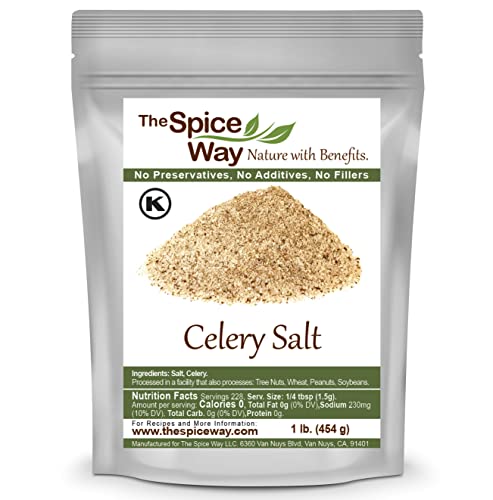 Celery salt is a popular condiment that is made from ground celery seeds, dried celery and salt.

It is a great addition to salads and soups, but it can also be used as an ingredient in many other recipes.

The taste of celery salt varies depending on the brand you buy.

Some brands have stronger flavors than others, so read the ingredients carefully before buying one for yourself.

The best part about this spice blend is that it’s made from all-natural ingredients!

If you’re not sure whether or not your dish needs more salty flavor (like soups), then adding some celery salt might just do the trick!

Is ground celery seed the same as celery powder?

Celery powder and celery salt are both made from dried, ground celery.

They’re very similar in appearance but have slightly different uses (celery salt is used to season food whereas celery powder is often used as a meat rub).

Ground celery seed has more flavor than table salt, so it’s best to use only 1/4 teaspoon of ground celery for every 1 tablespoon of table salt when making homemade seasoning mixes for salads or marinades.

If you need to add more flavor without increasing the amount of sodium in your recipe, consider using whole seeds instead: they can be crushed with a mortar and pestle before being mixed with other ingredients!

What are the similarities between celery powder and celery salt?

Using celery powder and celery salt for cooking or seasoning food is a great way to add a lot of flavor without adding too much sodium.

And both products can be used the same way: just sprinkle on top of your favorite dish!

But what’s the difference between them?

What are the differences between celery powder and celery salt?

It has a stronger flavor than celery salt and can be used in more versatile ways.

Celery salt has the same flavor as regular celery but it isn’t as concentrated or strong as celery powder—it’s best to add only a little at a time to recipes so you can taste how much of the seasoning you want before adding too much.

Celery powder is good for seasoning meat and fish, while celery salt goes better with cocktails like Bloody Marys or Micheladas (a Mexican beer cocktail).

Both seasonings are delicious on popcorn and french fries!

Can I use celery instead of celery salt?

In most cases, you can substitute celery powder for celery salt.

However, there are some exceptions.

The reason you might want to use either one instead of the other is because they’re both dry seasonings.

They don’t have water in them, which means that they’re shelf-stable and can last longer than traditional table salts or sea salts that contain moisture.

However, there are some differences between these two products that you should be aware of before making the switch:

What can you use instead of celery powder?

Instead of using celery powder, you can use:

Which one is better: celery powder or celery salt?

As a general rule, celery powder is more expensive than celery salt.

The reason for this is that it’s less common and therefore has a lower demand.

Also, because celery is a popular ingredient in many dishes, you can find plenty of recipes online that require you to use either fresh or dried pieces of the plant.

Now let’s look at some other benefits:

After reading this article, you might be thinking to yourself: “I’m never going to use celery powder again!” But this would be a mistake.

Celery powder is still a useful ingredient in its own right, and it shouldn’t be discarded just because celery salt exists.

It has its place in the kitchen when you don’t want to introduce any salt into your recipe or maybe need something that won’t add moisture (like regular table salt).